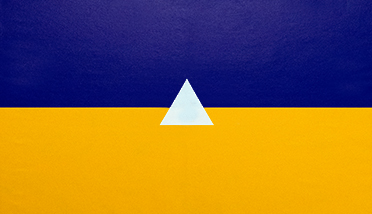 A few days ago, a colleague sent me a copy of an image that had been forming in her mind. To me, that image encapsulates the balanced state that we have to strive now to establish within ourselves, within our lives and within our societies.

I would define that balance in terms of being aware of and tuned into our higher selves, and yet responsive to and responsible for those kingdoms that make up physical being of this planet: the human, the animal, the plant and the mineral.

Learning from our mistakes is integral to the human condition. To get it wrong increases the opportunity to understand what right looks like and why. Understanding is something different from simply knowing.

This is the way the evolution of human consciousness proceeds, provided we seek out the errors with courage and do what is necessary to put things right, which may take even more guts.

We know we have got something seriously wrong to be battling the present epidemic, we know we are paying the highest possible price in terms of lives and opportunities, as the human family always does when time runs out and nature takes matters into its own hands. Now we have to understand what is wrong, why it is wrong and what it will take to put it right.

Out walking my neighbour’s dog, I have been asked twice today already: What good will come out of this chaos? A better question, surely, is what good could come out of it. It depends on us. There is no pre-ordained outcome; only possibilities.

What we know is that the three worlds in which we human take our place will not simply pick up and carry on. We will have to reassemble them, and this gives us the opportunity to eliminate much that we did not have the courage to challenge and change about our lifestyles until nature forced the issue. We have sealed ourselves into a lower level of existence than we are now capable, hostages to consequences beyond our control. The young people are trying to tell us this, and they are growing into adulthood all the time the world is fighting this epidemic and nature is undoing many of the Gordian economic and ecological knots that we could not see how to unpick for ourselves.

From the spiritual angle, what we have got wrong for too long is the balance between the three worlds of the human personality and those of the higher self. The materialists’ focus upon gain has ignored the more inclusive perspectives of the higher levels of our being, which hold the awareness of our responsibilities to self and others. In terms of my colleague’s image this mentality reverses the triangle of awareness and places it in the yellow zone, imposing self interested, exploitative values on the kingdoms beneath us.

Meanwhile, under the influence of Ray 6, now a memory rather than a vital force, the spiritually aware focus upon the higher self, upon the ideal and ignore physicality which becomes simply the worthless hell which we must transcend. This triangle of awareness is upright but it places it in the blue zone, pulling away from the yellow

In the contemporary world, Piscean duality is represented by two triangles of awareness pulling in opposite directions. Time has long run out on it, and although we do not truly believe in its spiritual value or efficacy, its imprint is still in our minds. It is what we know, it is what is institutionalised in our churches; and we don’t know whether we can or may change the model that, mistakenly, we identify with spirituality itself. It is easier – and cleaner - to dump spirituality and lose the unsettling contradictions, Generation after generation have taken this way out and capitulated to purposelessness and materialism.

Even so, another form is trying to build itself on Ray 4, which has replaced Ray 6 as the prime force shaping spirituality. It is changing none of the principles behind raising vibration, which is the true definition of spirituality; but it is changing the way we engage with them. This form involves being mindful of the physical but aware, responsive and guided by the higher aspects of our being, so that decisions and actions involving the physical are directed by vision and a sense of responsibility.

If their purpose is to generate wealth without awareness of the cost to the planet, then this is materialism once again and part of the error we are trying to correct. If the purpose is physical regeneration with no sense of purpose other than self-betterment then the result is sterile. A focus upon the higher without respect for the lower makes itself impotent and detatched in the face of abuses of our own physical vehicles and those of the lower three kingdoms. None of these things is acceptable any more. Nature is showing us that. Spiritual and physical have to balance each other in our minds and in our lives.

Then the triangle of awareness will be in the centre of the blue and the yellow and link the two in a responsible, responsive relationship.

It is when we have choice once again and are not simply reacting to circumstance that, if we are to resist the temptation to try and reconstruct the familiar materialistic order on old models we will need the most clarity and courage so that all this human suffering has not been wasted.

In the meantime we have no choice but to observe nature’s handiwork as it throws down so much of what we have built, of which we are proud but within which we have held hostage so much human potential.

Although we may have little use now for the language and packaging of mysticism, those of us who consider we have spiritual awareness have a responsibility to hold the space in which the higher self can be remembered, developed, and accessed, because if we don’t then materialism will surely tighten its grip, more controlling and more embittered for what we are now going through

*I have borrowed this word from Reshad Feild. It is the continuous form of gratitude!