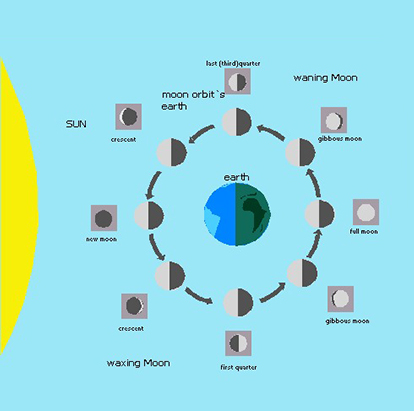 In Astrology, the Moon is the symbol of the past. 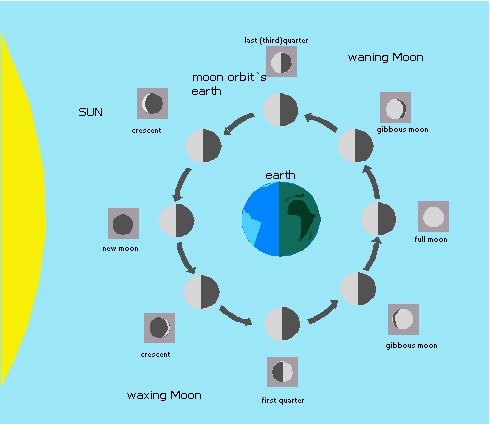 In orthodox ( exoteric) astrology, it represents the mother; maternity; the womb; the home; the emotional nature, and although it is not the way of exoteric astrology to focus upon the principles underpinning manifested form, it is not difficult to recognise that the principle of past unifies all those things of which the Moon, traditionally, is the symbol.

Do we readily recognise that our emotional natures have been formed by the past; that they bear the imprint of what has been, as distinct from what is? Probably not, because our emotional reactions so colour our realities that we think that they confer our present identity.

In fact, our emotional reactions are likely to be obscuring our true identity. This idea is central to esoteric thinking and to esoteric astrology. It follows from this that ‘holding down’ - suppressing rather than repressing - the emotional reactions is one of the fundamental preconditions of spiritual development in its more advanced stages ( between the 2nd and 3rd Initiations).

This idea will be unpopular with very many people in the emotionally indulgent post war period. We are, by large both uncritical and humourless about our emotional reactions, treating them with a deference born out of fear of the consequences of denying them what they demand. We think, incorrectly, that amongst them are to be found the keys to heaven ........

In esoteric astrology the Moon is the symbol of the past and of form. It governs the etheric body

i.e. the energetic structure which underpins the physical body whether of a man or mineral.

“As a man thinks in his heart so he is”.........and so he will be , which is why Krishnamurti emphasised so strongly the need to live this life as a preparation for the next, and why a man’s dying thoughts are held to be so important.

By examining the sign and house position of the Moon in the natal chart, the quality of past life consciousness is described in a summarised form. In fact the Moon belongs to a group of planets - which we will call ‘the Moon complex’  - and it is the complex which contains the full picture.

How to identify and how to work with the Moon complex will be included in The Transitional Astrology correspondence course which the Foundation will be offering in the year 2000.

It is very valuable to know which planets in a natal chart are still resonating to the vibration of past life.

As the symbol of the past, the Moon is also one of the symbols of continuity, the evolutionary aspect of continuity, because through the Moon complex, which always includes Saturn, the past and present interface.

It follows from what has been written above, that the house position of the Moon in a natal chart reveals the area of consciousness ( see previous Monthly Articles June - October 1999) in which a person has been working in past life, the memory of which is impinging upon the present. It will reveal if a personality is new to an area of consciousness, in which case there may be difficulty in breaking free from the old and more familiar area of consciousness.

The lunar nodes indicate the relationship between form and consciousness and, in a natal chart, their position by sign and house, reveal the quality of consciousness (North Node) which is being developed over the successsion of lifetimes by a certain kind of form and experience (South Node). The nodes are another symbol of continuity in its evolutionary aspect and depict the form-consciousness duality.

The nodes cannot be taken as an absolute measure of development because of the cyclical nature of development but it will be the case that those with the North Node in the Third Area of Consciousness and in the signs Sagittarius; Capricorn; Aquarius or Pisces will have and express on their level the most inclusive, soul orientated values.

Throughout Esoteric Astrology, D.K. emphasises that the Moon is a dead planet, a symbol in both the physical world and consciousness of a failed system, the only role of which now is to pursue its child, the Earth, bathing it in its noxious emanations. It is disintegrating and one day will disappear. The effect of both these stages of the process upon our planet and upon planetary consciousness will be profound.

In astrology, the Moon is a symbol of what has been, forms of consciousness which must eventually disintegrate and lose their identity, absorbed by what they have given rise to, as the physical vehicle is discarded by the conscious entity which it has nurtured, and as the emotional nature will eventually become absorbed in the Christ consciousness, the Second Divine Aspect, for which it is the agent. (This, incidentally, is where the keys of heaven are to be found) .

It is the symbol of evolution, of the relationship between the past and the present.

By then the Moon will have disappeared.