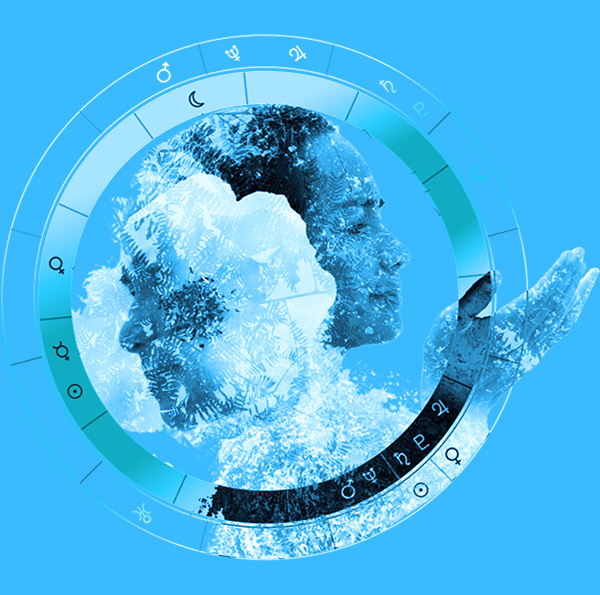 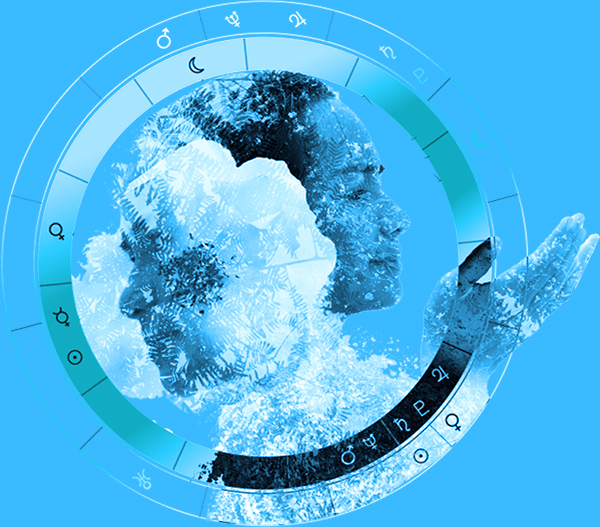 The Idea Of Reincarnation

In order to get a handle on the reincarnating process it may help to understand what the process is trying to achieve. It is part of a larger process of making a Man out the fusion of spirit and matter. Reincarnation serves the stage of ‘turning flesh and body into soul’(see Endnote1). It enables experiences in incarnation to transform energy and to create consciousness.

An undeveloped personality, living predominantly in his physical and astral (emotional) body, represents the end of the spectrum which begins with the idea and finds its midpoint in a personality who is on the point of attaining soul consciousness.

The thread of life connects the personality in incarnation to the human monad on the soul plane.  The personality is unaware of that connection until that kind of consciousness has been developed by the reincarnating process.

Over countless lives, a human being, at first stranded and isolated in personality form on the physical plane, attains the intermediary stage of soul consciousness and then spirit consciousness

Whilst in the physical body we are building through our emotional and mental experiences and reactions the means to participate in the higher worlds. At the death of the physical vehicle, the man who has the means of participation passes into the subtle worlds, either the astral or the mental depending upon his level of development. If these means do not exist then there can be no participation. Then consciousness ceases with the death of the physical body, although this is close to being a hypothetical statement because most of humanity has developed the means of participating in the astral and the mental worlds, albeit if only on their lower planes.

Humanity as a whole is being challenged to refine the astral and mental bodies in order to participate on the higher planes and to build the so-called causal, or Egoic, body.  This way the soul establishes a beachhead in the personality. The causal body is built upon the higher mental planes and its forcing agent is purpose.

The reincarnating process returns the human being to the physical plane with whatever quota and quality of consciousness has been developed by previous earthly incarnations. As D.K. puts it: ‘As a man thinks in his heart so he is.’ In the subtle worlds after death, he is as he thought on earth, and with those pre-dispositions he will reincarnate. The subtle worlds may refine but they cannot change a man's consciousness. Only the physical plane, where resistance is a factor, has this capacity.

A new personality is fashioned for this being, that ensouls what he is but also includes the opportunities and trials, determined by karmic law, that will unfold during his time on the physical plane. It is this blend of the realized and the potential that a horoscope captures if it is constructed for the moment of birth.

The highest achievement of the religious and spiritual systems of the contemporary world is to supply a purpose, which will provide a structure for thought and emotion to enable the formation and development of the causal body. The developing causal body is the bridge between the personality and the soul.

When the bridge is in place the personality can be informed and guided from the soul plane in a more direct way. Development, in consequence, speeds up markedly and the spiritual identity begins to emerge through the personality like a picture from the dampened page of a magic painting book.

When the causal body has become fully developed it burns itself up and the light and heat from this conflagration lifts a man onto the soul plane. The causal body, all the personalities which have contributed to its formation, and the process of reincarnation itself, have all done their work: the personality has become a soul, and after the death of the physical vehicle in which soul consciousness was attained there will be no further incarnations onto the physical plane, unless the soul has a specific task to perform for humanity. The movement hereafter is upwards.

It is that to which Gurdjieff, in his ceaseless war against the forces of inertia and delusion, referred, when, in his characteristically merciless way, he told certain followers to stop fussing about the state of their soul as they had not (yet) created one.

The causal body is built over lifetimes. It stores all that is positive from the lifetimes of what can now, by virtue of having a causal body in preparation, be called an individual. It is enriched by the individual's countless deaths and countless incarnations.

'New' souls, 'young' souls, are those human beings coming into incarnation without a causal body: everything is new to them because they have no individualized memory. Non-individualized, they remain the property of the collectivity which is humanity and the experiences on the physical and astral planes go to enrich the collectivity. Until the means of continuity are built there can be no continuity; until individuality has a coherence that can survive physical death then there is no individual to reincarnate.

If you find this difficult to understand consider a small quantity of coloured water that is to be returned to a bucket of clear water. If that quantity of water is to retain its colour then it will need to go into a container before it goes into the bucket, otherwise it will become merged with the clear and although it will tinge the contents of the bucket and although those particles will not be lost, their separate identity will be gone. So it is with the consciousness of the personality until the causal body is in place to act as a container and provide coherence.

The idea of reincarnation that has been taken up with such enthusiasm the West in the last twenty-five years, as a result of the New Age movement, can be said to be a representation of the experience within the reincarnating process of those who have individualized and who are building their causal bodies. It is not all there is to the reincarnating process but it is probably the aspect of it that is most useful to be working with consciously at this time.

Reincarnation And The Horoscope

In the second of these articles on reincarnation the focus is upon the personality, and upon what horoscopy is able to show of the past-life inheritance.

In horoscopy the sign and house position of the Sun represent the sense of self, the identity, which is consolidated by the inferior planets: Mercury and Venus. The astronomical Mercury and Venus are the planets the orbits of which are closest to the Sun. This new identity is impressed upon the consciousness developed by past life. It gives coherence to this 'package of opportunity'. Mars and Jupiter are the planets that represent the urge to move on and in this capacity they serve the Sun.

The Ascendant (Rising Sign) and the ruling planet represent the supervisory aspect of continuity. They are the points of interface between the soul and the personality. They supply an energetic framework which gives coherence to lifetimes in different personality forms. The Ascendant and Rising Sign remain constant over a number of lifetimes even though the Sun sign is likely to change, moving the sense of self into different zones of the zodiac and different houses in order to restore and maintain balance.

The outer planets - Uranus, Neptune and Pluto - represent the collective or the transpersonal energy principles that act as agents of a kind of change that appears to bypass the Law of Cause and Effect which cements personal reality. The principles represented by the outer planets introduce factors and situations that may be neither of our choosing nor within our capacity to understand. They take us, therefore, beyond ourselves, exposing us to possibilities which we would not otherwise recognize as opportunities. They define and enforce a group identity that we may or may not acknowledge or recognize. In horoscopy, the outer planets are reflections or representatives of higher planes of consciousness. They step down the qualities of these planes to make them functional, if not comprehensible, to human beings in incarnation. They provide a glimpse of what lies beyond the perimeter fence of personal reality.

A horoscope reveals how the principles that make up consciousness co-operate and conflict with each other. It reveals the relative strengths of past-life memory and the new identity;  the ease or difficulty involved in moving on into new kinds of experiences and away from what past life has made familiar; and the ease or difficulty experienced in fitting in with generational and social groupings. It is the blend of continuity and newness that each personality encapsulates which makes incarnation a state of opportunity and transformation. It is the state and the means of change. There is, therefore, a wisdom in respecting the shape and direction which the personality would give to a life rather than suppressing or distorting it in the name of some preconceived ideal, a practice encouraged by many of the religious systems of the world, the founding of which predates the awareness of individuality and identity that now exists in western consciousness.

In the West, because of the growth in our understanding of individuality and the strength of our personalities, we need to think again about the function of personality, and not simply repeat clichés which have their origin in eastern spiritual thinking, the repetition of which , unfortunately, has become something of a mannerism amongst the spiritually aware, especially those whose temperament inclines them towards mysticism. We can denigrate our personalities if we wish. We can despise 'ego-consciousness' and can lament the fate that consigns us to this place of separation, sin, selfishness and partial understanding. Thinkers, writers, poets, teachers and followers have been doing this for centuries and, at most, they have reminded us that there are other planes of consciousness for which to strive. Their complaints and yearnings have altered nothing: the physical plane remains the place of suffering and learning, of purification and transformation, and the personality remains the form that permits participation. The partiality of personal reality permits a kind of specialist learning. D.K describes the personality as ‘the vehicle of manifestation of the soul’.  Where would we be without it? This is a serious, not a rhetorical question. Respect personality for what it is and do not damn it for what it is not. The horoscope will show how to get the best out of it (see Endnote).

This statement applies to those of us on the evolutionary path. Methods to accelerate greatly the pace of spiritual development have existed since time immemorial. These methods bypass the evolutionary path and they all involve the destruction of the personality and the release of the human unit for all time into soul consciousness. Access to and progress with these methods is solely by way of a living teacher of the required caliber. It is a path for the very, very few and requires the dedication of the very life to this goal. There is no halfway house; attempting to replace the authentic personality with a construct or concept  is ineffectual at best and dangerous at worst. This kind of imitation remains one of the largely unrecognized perils of the efforts of westerners to adopt, frequently without any or adequate supervision, the ways of the eastern spiritual systems.