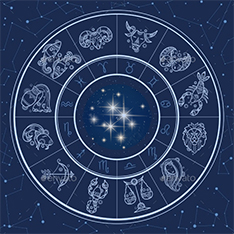 Although this is a practical course in working with a natal chart, a few philosophical considerations are offered as we commence, to provide some context

Throughout this short course, reference will be made to the Three Worlds, i.e., our everyday world comprising the physical, the emotional and mental planes. The intent of spirituality is to open up our consciousness to the higher planes.

At the esoteric heart of all the major religions of the world is knowledge about energy transformation. This knowledge is known by different names in different cultures and religious traditions, but here in the West it is known as the Ageless Wisdom, which helps to explain what it is.

The Ageless Wisdom is a body of knowledge that has been available to mankind since at least the time of the Flood (circa 4000 BC) and, in all likelihood, has been here since the evolution of homo sapiens.

Excavations since the mid nineteenth century in the Fertile Crescent (between the Persian Gulf and the Asia’s Mediterranean coast) found evidence that the Ageless Wisdom was known and used by certain religious and spiritual groups during the Bronze and Iron ages (3,000 – 550BC). Evidence of its use has also been found in China, Africa, and South America.

We know that Astrology was practiced in the city of Ur during the third and second millennium BC.

The Ageless Wisdom presents the Universe as a state of becoming. The flow of force through the Universe is brought about by higher levels of being transmitting to lower levels in a structured and hierarchical arrangement to aid their development. In this process, the suns are both transmitters of life and receptors of consciousness. The flower of this interaction between higher and lower is then collected up, processed, and sent on down to a lower level still for a new interaction to take place. By means of these transactions, all beings pay for their opportunity in existence. On all levels of our solar system, beings are growing towards the light. Our solar system is itself growing towards a greater Light.

This process involves every member of human family.  Astrology, which involves the flow of force into the individual human being from the sun and planets, offers us the opportunity to engage more consciously with this flow to increase the evolutionary possibilities of our passage.

The Ageless Wisdom has always had its Custodians who are responsible for its survival, its appearance (and its withdrawal), its sharing, its cultural and geographic focus, and the timing of its ‘rediscoveries’. After 550 BC, a process of moving the knowledge westwards out of the east and towards Europe commenced.

The extensive excavation work undertaken in the Fertile Crescent by European archaeologists from the mid-Nineteenth to early Twentieth Centuries, uncovered a great deal about life in Ur, Nineveh and Babylon and stimulated interest in the Ageless Wisdom.  At this time, the material veil which hides this knowledge and its custodians showed itself to be encouragingly thin when the seeker is sincere and persistent.

One result of the increasing engagement of Europeans in the Ancient Wisdom was its integration into new systems of thought designed to make it available to Westerners.  Gurdjieff, whose determined searches eventually led him to Custodians in the Caucasian Mountains, left Russia in 1918 with Ouspensky and a group of students and set up in Paris to teach the system of energy transformation which he called the Fourth Way, and which Ouspensky eventually brought to England.

Meanwhile, Theosophy, growing out of the writing of Madame Blavatsky in the late Nineteenth Century, established itself in the early Twentieth Century as a force to be reckoned with through the organizational skills of Annie Besant, the charisma of Charles Leadbetter, and the messianic promise of the young Krishnamurti.  Later in the Twentieth Century, after the clouds of War had gathered over Europe for the second time in less than 25 years, the work of Alice Bailey attempted to provide a context to keep hope alive through increasing our understanding of and ability to recognise the processes in which we are inescapably involved, individually and collectively, as human beings meet with their opportunities to evolve in consciousness

Like most, if not all, spiritual movements, Theosophy had its heyday, its maverick personalities, and its years of sharp decline. Even its scandals are not of interest now in the Twenty-first Century, but what it has left to posterity is a systemized way of enabling the human family to understand its place in the solar system.  It is a system that helps us to understand that processes bringing change are constants of the human condition, and how, individually and collectively, we might work with them to grow towards the light, and thereby develop a higher level of being. The Bailey writings acknowledge the need of Westerners to take the essential first steps to bring our overstimulated intellectual and over-indulged desire bodies under control, and yet it also recognizes the developmental opportunities contained within our understanding of individuality. This emphasis, which is absent from eastern teachings, make these writings particularly valuable to us.

Progressive Astrology takes up the challenge of individuals growing towards the light and reads the natal chart as a map. The Sun is the light towards which we are moving, and the Moon shows us our roots and starting place. What moves us is our developing sense of identity which pulls us in the direction the Sun (i.e., towards consciousness from the conditioning of the past).  Why it should take the form that it does in an individual’s life will become evident when we examine the chart as a whole.   But as a general statement, we can say that all shifts provide an opportunity to balance out the predisposing influences which we bring in with us.

We do not need to sign up to a full-blown version of reincarnation to account for our predisposing tendencies. We can reason that during the course of its evolution, the human family collectively has developed its own predisposing tendencies and we each bring in a share of them to process in our individual lives.

The movement towards the Sun, away from the Moon, is the developmental requirement of the lifetime, its central, awareness-generating theme.  We can fulfill this requirement in a very basic way simply to pay our dues; we can cooperate with it in an attempt to get more control over our lives; or we can make it a spiritual task so that from a place of confident individuality, we can eventually make an authentic contribution in our time.

In the next paper, we will explore the central theme of the chart and how the rest of the planets fit around this arrangement and impact upon it to bring about our experiences in everyday life.  But for now, the recommendation is to temporarily forget about all the other planets and simply focus upon the Sun and the Moon in the chart that you are studying. Bring as much information as you can including:

We learn much about an individual from this basic procedure.

This is the way into a natal chart: start by finding out in which area of life the person is intended to become active.

Using your own chart or that of someone well known to you, put the following questions: