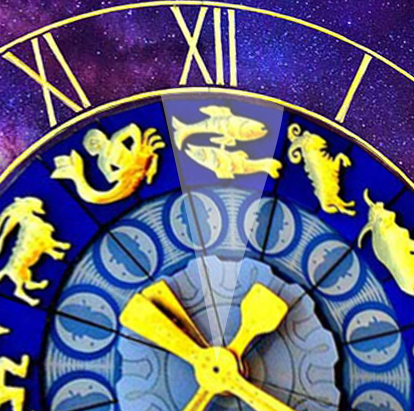 The Twelfth House and the Law of Compensation | House 12

When at last one gets the hang of the twelfth house, the link between the wide range of attributes assigned to this house by different astrologers in a period as short as the past sixty years becomes apparent. The difficulty is in getting the hang of it because so much writing on the twelfth house succumbs to the erosive effects of Neptunian energy and becomes imprecise and obscure.

In the twelfth house the personality is disadvantaged. Whether that is through ‘self-undoing’; a description of the twelfth house that was popular with the pre War astrologers, ‘bondage’ another pre War favourite; attacks by secret enemies and wild animals (Sepharial), or to come up to date, poor self-identity, emotional abuse in childhood, psychic sensitivity and mysticism, the effect is to handicap the personality in the circumstances of everyday life. The energy of the planet working through the twelfth house is not available to reinforce or promote separatist consciousness.

I still smile when I read Sepharial’s apocalyptic descriptions of the planets in the twelfth house but with no good reason, because when allowance is made for changing literary styles, my own experiences supplemented with nearly twenty years worth of client experiences bear out his claims.

With Jupiter in the twelfth house I am getting off lightly. Sepharial writes: Secret enemies over which the native prevails. Enemies become friends; success with large animal and in remote places.

During the course of her life, my sister who has Uranus in the twelfth has been enjoying: Strange and unexpected enmities; danger of estrangement or exile from one’s kin and country. Eccentric people perplex and harass the native by their underhand actions; danger of falls from horses; accidents causing detention in out of the way places and foreign lands.’

Knowing her as she is now, I can guarantee that any eccentric person, who tries to perplex and harass my sister with underhand actions, whether at home or abroad, will not stay around to do it a second time. They would not have the courage. This double Piscean has learned how to be assertive and is frankly awesome.

And this brings us to an important point: by the standards of contemporary astrology, it is not so much that Sepharial’s descriptions are lurid, it is that they do not go far enough and explain the developmental purpose that these dramatic happenings serve and their effect on the unfolding of the personality.

As the result of twelfth house influences, the handicapped and imprisoned personality is forced to appeal to a higher level, and it is from this level that strength and compensation flows.

The twelfth house is a like a bore shaft from the level of soul down to that of the personality.

This is why people with the twelfth house strongly represented have such spiritual potential. The level of soul is compensating them for the personality’s handicaps.

The experiences involving enmity and detention whether that is of the body or of the mind - agoraphobia is a common twelfth house condition - which are features of the twelfth house experience serve to make a person rely more on divine justice and less on venial humanity.

Children with the Sun in the twelfth house are bullied at school. There are few exceptions to this even though they themselves may never speak about it because they are sad and ashamed. Amongst the exoteric astrologers of an earlier generation, the twelfth house was know as the ‘house of secret sorrows.’

People with Mars in the twelfth, are bullied by those close to them, particularly sexual partners.  Hindu astrologers give Mars in the twelfth house kujadosha status for this reason and consider it very seriously when looking at marriage charts.  I am asking Sudhiranad to tell us a bit more about this.

People with Venus in the twelfth house are denied the experience of knowing unconditional love and acceptance from those close to them.

The Moon and Mercury in the twelfth may both weaken the personal reality to the point that it disintegrates, producing break down and dysfunctionality. This is usually a temporary condition but the medical treatment given may be so severe and insensitive (another form of enmity), that they are permanently damaged.

Saturn in the twelfth experiences the form-destroying aspect of the life with a sense of purposelessness, despair and negativity.

All these conditions cause considerable distress to the personality but they are a great incentive to the person who is ready to access soul consciousness. If a person with Venus in the twelfth is getting only 5 units of love from his close relationships, he’s eligible for 95 units from a higher level. That should raise any personality onto a new level of consciousness.

Children born in the 1960s with Uranus conjunct Pluto in Virgo in the twelfth were frequently subject to abuse and cruelty, often involving parents and guardians against whom they were helpless, which sent them into a different place in their minds. Most kept this a secret, unaware that they had broken through the cortical that separates the personality consciousness from the soul consciousness. As adults, therapy and support as victims of abuse was available to them but few, as far as I am aware, were ever shown how to make their secret place and the powers that it brings a part of everyday life.

People with Pluto in the twelfth have incredible powers of creative visualisation. If he knows how, a person with this placement can bring into being a new reality that he can control.

When read with this in mind, Sepharial’s description of Pluto in the twelfth may not seem so irrelevant.

Pluto (in the twelfth house) has a very peculiar influence in that it can destroy enemies, and so prevent possible personal loss, unhappiness and strain. The banishing influence will operate very markedly when the actions of enemies, or unfair competitors, becomes too marked, for in a very subtle manner, circumstances will arise that will seem to banish the enemy or competitor from the person’s environment, and remove them to such a distance from the person that their power to do harm will be negated.

To access the compensations we have to break out of self-pity and victim mentality, demonstrate wisdom and take responsibility for self.

I would encourage any one involved, directly or indirectly; in a breakdown brought about by a twelfth house Moon to use the medical authorities as the last, not the first resort. It is the medication that does the damage, not the temporary insanity, because sedation shuts down a natural process of clearance realignment. In a person with the Moon in the twelfth, the idea of self is weak because he does not have a sense of belonging to strengthen his identity. He absorbs psychic impressions like a sponge and periodically has to discharge them, rather as a computer has to be cleaned up and defragged.

In the main, conventional medicine does not understand self- healing processes. It anticipates and treats continual deterioration.

To understand the twelfth house we have to understand the personality’s relationship to the soul, its informing life, and the point of coming into incarnation. We are here with a job to do and with certain capacities to enable us to do that job. The person with planets in the twelfth house is being direct help from a higher level but first he has to get passed the perception that he is an unfortunate victim and has to learn to recognise and value the compensation.

Without a second thought, most young people with Venus in the twelfth would trade their entitlement to 95 units of divine love for just a few more crumbs of human love because this is the power that the idea of relationship has over us and because they simply may not be aware of what is on offer to them.

This is true of all forms of compensation available through the twelfth house.

But experience and a good astrologer may be able to change that. D.K. Foundation students are taught how to work with distressing twelfth house conditions so that they can alert a person to the compensations that exists for him

I am off to remote places now, hoping to prevail over secret enemies and have some success with large animals. You have a good summer too.