The Areas of Consciousness 1
Introduction

The Foundation works with concepts which are designed to assist alignment by increasing awareness of self and purpose. Included in these concepts are the areas of consciousness which create three groupings from the twelve houses of the horoscope. These three areas express, on the planes of personality, the three divine aspects.

The areas of consciousness superimpose unity upon the detail of the constituent houses and bring in, through correspondence, the three divine aspects:

Houses I-IV - are related to the first or Father aspect; to spirit; to life

Houses V-VIII - are related to the second or Son aspect; to soul; to quality

Houses IX-XII - are related to the third or Holy Ghost; to the understanding of   the relationship between spirit and matter; appearance

House IV - the separated self.

House VIII - the relating self

House XII - the universal self.

These three aspects of awareness create the three permanent atoms of the causal body. The position of the Sun in the natal chart indicates the area of consciousness in which a person needs to be developing in the present lifetime under the supervision of the soul (Ascendant  and ruler); the Moon and Saturn indicate the kind of consciousness developed in past life.

The areas of consciousness have a value in that they impose a principled superstructure upon the diversity of the twelve houses and  emphasize the developmental purpose underlying experience in any of these areas of life. 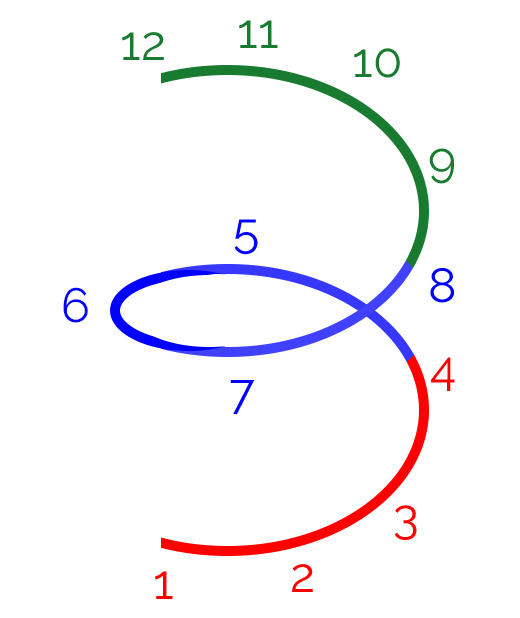