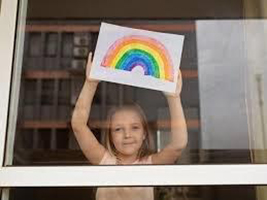 Perhaps the least expected quality of our spirituality (regardless of tradition) is that its underlying belief system must eventually change. If we are resistant to the idea of change it is surely because we understand the spiritual traditions to be custodians of an unchanging Truth which they interpret and reveal to those who are ready.

Of itself, adjusting the message does not change the function, but it may enable another aspect of Truth to be given the opportunity to be picked up in the Three Worlds by a new generation, and for this to happen the message has to be re-packaged and delivered differently.

Yet history surely shows us that change in understanding and presentation within an established religion can generate huge conflict, indeed few issues even approach its capacity for arousing contention.  And not simply within the tradition that raises the challenge: nations and cultures can become embroiled in it, and its legacy can live on for countless generations. The very way we think about ourselves as spiritual beings is a product of an on-going adjustment within our own Western cultures, in the idea of what we owe to God, to Caesar, to our individuated selves. Time and evolution make us moving points.

We are in need of this kind of adjustment now. Fortunately or not – and we should not make these judgments lightly, because there is nothing like a good controversy to dispel apathy and indifference – the shift that we have to make now is unlikely to cause conflict anywhere, because the traditions of our established churches, that could feel challenged have long since ceased to deliver their message with any effectiveness. They could say what they like, and few would either know or care.

The New Age movement and the Alpha movement have given devotional spirituality a new lease of life for a few, for a while, but for critical numbers of Westerners, devotional spirituality is dead. As a source of vitality and inspiration it has been languishing for decades and we have simply stepped over its carcass and got on with business of living without any defined system of belief.

And many would surely say that we are doing ok without one, precisely because Christian devotionalism has done its work. Enough of us, now, are sensitive enough to recognise suffering wherever we meet with it in any of nature’s kingdoms, and compassionate enough to want to respond, although we may need to know more about  how we could best contribute.

We may no longer have a common system but there are plenty of beliefs inspiring exceptional efforts, and self-belief is amongst them.

This being so, the spiritual revolution that will take us to 2025 will be a quiet one as we organise ourselves, under great pressure from challenging circumstances, to be a contributing part of the human family.

The environmental protestors, who are now so important as we look to the future, may not have a formal belief system but they surely believe things should be better than they are, and are prepared to work to bring about change that will see the planet respected and not exploited.

The care workers who have held their ground through the pandemic may not have a formal belief system, but they respect life enough to lay their own lives on the line.

Those who have made gut-wrenching decisions concerning their own family members at this time may have no formal belief system either but to make these sacrifices they have had a sense of being part of something bigger than the biological family.

We can give these stances every day names that steer well clear of all-too familiar and now unwelcome religious terminology.  But if this, a commitment that is changing lives, opening hearts, providing a sense of purpose, and raising vibration individually and collectively, is not spirituality at work in the Three Worlds, then what is?

The human soul is the flower of Christian devotionalism, and a flower does not need to be told how to bloom.

Those committed to getting free of incarnation in this lifetime, will continue to need both teachings and a teacher. Their path is both ancient and timeless. What is being said here does not refer to them. But those of us working in the Three Worlds today do not need systems or teachers at this time. Commitment, common sense, stamina and goodwill will serve us better. We will have to learn from our mistakes, which for those coming on behind is the best kind of learning, and provide our own moral compass. If we can trust ourselves and each other, poor leadership at national levels will be of less consequence.

Give and it shall be given unto you is still the truth about life. (These words come from DH Lawrence’s poem We are Transmitters) This is really all we need to know for now and it may be all we will have time for as the challenges pile up in the run up to 2025.

In the next  five years, our focus will not be Heaven but Earth as we learn to reconnect with aspects of living that, as a consequence of Piscean duality, we have overlooked for too long: our own physicality, that of the other kingdoms in nature, and that of the planet itself.  We will look after them all and manage them intelligently, so that they serve us well and we them. We will then find opportunities to create forms on Earth that will bring down higher energies, even miracles, because we will see with increasingly regularity that this is possible for us. If we are creative, our Western individuality is worth something; we are worth something.

The forms that we create may not endure for very long, as we ourselves do not, but long enough to bring down what my late colleague Reshad Feild called ‘rain from another world’ to refresh ourselves and our Earth. Frequent showers of rain serve us far better than deluges.

This is Ray 4 spirituality, and its job is to get us through the challenges that we will face in the run up to 2025, preparing through our responses to them, the ground for what comes later. Ray 4 is always a bridge: it is the flow onwards after the crossing that matters, not the durability of the bridge itself.

In 2025, all seven qualities of consciousness that make up our Solar system will be represented in those in incarnation in the Three Worlds. We could say then that for a short time (because those of us with Pluto in Leo, representing Ray 1 and Supreme Energy, will be close to end of our lives), God will be here on Earth. But first we have to learn to align these different kinds of consciousness so that there is a flow through an individual’s energy system to make possible the exchange between higher and lower. At present this is extensively blocked on the mental level (in the throat centre) or emotional levels (unopened heart), and between individuals and groups. It is this that Ray 4 spirituality is designed to address in the next five years.

Then, at long last, whilst Pluto is still in Aquarius, we may come to understand how Stonehenge was built. With this knowledge will be revealed aspects of  the process of alignment that we have not yet considered, but because of the route we have taken to this place, if we Westerners are to align with the devas, our heart centres must be open, or the safety catch will not be released.

As an astrologer I predict with some confidence that it will be at least another 50 years before  spirituality takes a form that those of us who were brought up in the Christian devotional tradition would be able to comfortably (and comfortingly) recognise as spirituality, i.e. looking upwards to lose ourselves in a higher reality.

Until then, the focus will be using physical forms to bring through the required energies from a higher plane. Our lack of attention to the physical and its capacities, will be as glaring an omission to future generations as the lack of understanding of their emotional selves of those born before WW2 is to us. But they will surely welcome mysticism and the astral world when it is ready to show itself again.

The appearance of different aspects of the Truth drives human evolution. We do not call the shots. The choice we have is to fall in, cooperate and serve.