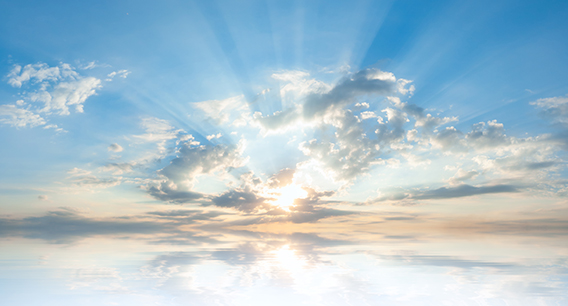 It is a feature of spiritual systems that, in offering themselves as an alternative to the flux and instability of materially focused existence, they create the impression that they themselves are outside time, and that their defining truths hold for all people and all times.

There is a point to this, because the needs that they were formed to meet were in the circumstances of those times, not time to come; also there is a sense in which it is true: universal truths apply in all places in all times to all people at a certain stage of development. This is what makes them universal. But it is not the end of the matter, because we change, and spirituality may be amongst the principal agents of change. What we have to consider then is whether these truths, although they are still truths about the human condition, still serve the people we have become, when time and experience have moved us on and we are no longer at the same stage of development.

It is one of the paradoxes of spiritual traditions that whilst they exist to bring about change, they themselves are so often unresponsive to change.

In the West, spirituality is identified with Christianity and its derivatives which includes most New Age teaching, the packaging of which may have been different, (in general, it was more personality-friendly), but the basic message was same. Their concern was refining and raising solar plexus energy and breaking out of separation by building a bridge to the soul, which is the message of the Sixth Ray.

Yet our consciousness is not assembled in the same place as those who received the gospels. Two thousand years have elapsed since then and the throat centre has strengthened immeasurably as the result of developments within our societies: education, scientific perspectives, interest in self-determinism, and the general secularisation of lifestyles.

We are not even the same people who, in recent decades, embraced the New Age with such enthusiasm. Since the start of the present century, in the language of esotericism, the Sixth Ray has been rolled up. That means decommissioned.

Our spirituality has to work for us, and in the West we have reached a point where, if we do not address this matter and give ourselves some honest answers, we will abandon spirituality as an impractical set of ideals and platitudes. And then what will structure our lives? Ambition if we have energy; escapism if we do not; illness when we run out of the will to stay in the game.

We Westerners are now people in danger of getting sealed into the throat centre: polarised in the intellect whilst the rest of us, including our interest in life, atrophies. The devil now is pointlessness, boredom and predatory sexuality: a paedophile with a mobile phone, compulsively checking for texts and looking at pornographic images.

The throat centre draws up energy from the sacral centre which is concerned with perpetuation and form building It natural alliance with the throat centre has created, amongst other things, the IT revolution. The Internet is magnificent response to separation brought about by physical distance. But in its wake comes superfluity, because throat centre awareness proliferates: too many emails, texts, photographs, adverts, blogs, all of which take our energy, and leave us less and less time to do anything else. We call it communication, but mostly it is self-justifying verbiage that
seals us into the prison of the false and distorted realities from which we are trying to escape.

Because we want them at least to know we should be better than we are, we teach children that some good men existed in the Middle East 2,000 years ago and followed a teacher called Jesus. They taught the Truth and most, including Jesus, died for it, and for us. Some children may also be taught that nearly 3,000 years ago the Buddha sat under a tree and discovered the Truth. And if these children question what that has got to do with anything, we should not wonder. Deferring to these remote figures who dealt in Truth is a polite and puzzling convention when everyone knows that what really matters are governments, banks, celebrities and social networking and they are all about hiding the truth. And who in our disingenuous societies are the righteous and the sinners. What do they look like, and are they any different from anyone else?

It is puzzling to the spiritual aspirant too, trying to run his life from a place of simple trust encouraged by Christian perspectives when all around us people are giving up on their lives and wanting to manipulate others into taking over their responsibilities. From the spiritual angle, the safest thing looks to be to give yourself away to those who have a claim on you, call it love, and hope that it is, even though being taken hostage by demands that we are not sure are even reasonable, make us so resentful that our lives and bodies are toxic with it. Are we allowed to say no or not?

It is not possible for the strong Western personality to dethrone itself, and so what so we do with it? This is hardly a matter to be glossed over but it is, in all the Eastern traditions transposed to the West, whilst the Christian churches rant about Truth & Falsehood, Right & Wrong; Good & Bad. We might be familiar with this rant, and we might expect it, but we no longer heed it.

So many of us have rejected religious rule in recent decades because it challenged the personality in uncomfortable ways, seemed restricting, and provided few inspiring examples. Although they showcased alternatives, New Age teachings, in general, did not organise themselves in a way that provided a structure for a life. We hold onto our understanding of Christian values because, to us, that represent spirituality, and we try to live it out in our modern societies, without support or supervision. We find ourselves confused, guilty and eaten alive. The fact is, we know longer know what we are trying to do or why, because an awareness focused in the throat centre does not understand the truths of the heart, which Ray 6 served.

We may be on our own with these issues now but there is a freedom in this.

The starting point of First Aid instruction is that you protect your own life before trying to assist another, because if you do not you not be able to help anyone. This is basic, straightforward, common sense which few will question. Yet spiritually aware people hesitate to apply it in daily life, because we assume that sacrifice is a good in itself and anything less is selfishness.

Truth according to my dictionary (Collins English Dictionary published 1979)) is a concept or system of concepts regarded as accurately representing some aspect of the world.

If we define a world as a way of perceiving and relating which creates a common reality, a truth belongs to its own world and may be a truth only in that world. Across the cultures of the world, our planet hosts a myriad worlds.

At this time, three worlds formed from different levels of awareness, that impact directly upon Western spirituality: the consciousness of those assembled in solar plexus; of those, raising energy from below the diaphragm to the throat centre; and of those with the heart centre open or opening, which includes a significant proportion of the generation born between the early 1980s and early 1990s.

These three worlds interact with each other but each has its own quality, its own truths, and, for those with an interest in spiritual development, its own ‘next’ step. For those raising solar plexus energy, the next step is the heart; for those in the throat centre it is the alta major centre; for those in the heart it is the brow. Each chakra, as it opens, discloses other dimensions and brings other truths into play.

Surely we can look after our spiritual potential better than this!

In the articles that will follow on from this, we will look at the spiritual profile of those in each of these three worlds, We ourselves will belong to one of them, as do all the people we know and those within our own families.