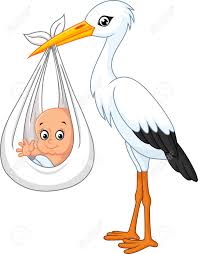 Planetary Servers (PS) are individuals of a higher than average level of development who are now coming into incarnation with the opportunity to make a creative contribution in all areas of life to assist the human family and the planet at this time. The level of development is determined by the number of awakened chakras.
The PS emphasis is upon individual creative contribution, consciously and willingly offered through the frames and sectors that, in their individual judgment, they deem best, not based upon any spiritual tradition or political grouping. The PS form their own groupings around their function and intent, both of which are expressions of Soul Ray, and they recognise each other this way.

At the end of April our 2018/9 DKF-K’s Readings Season will come to its close.

Client work is always instructive. I consider that my three decades of professional practice have taught me just about everything that I now try to share through DKF-K. Yet the Readings Season closing now, has provided the most instructive 6 months that I can recall.

For a start, approximately 90 percent of the readings this season have been for babies or young children. In my experience, such a high proportion is unprecedented.

The readings have been requested by parents, often clients themselves, who have no expectation that their children will be like them, and simply want to know how best they can equip these individuals who have come to them to take their place in the world.

It is a humble acceptance of responsibility, quite devoid of sentimentality and preconceived ideas that I have rarely encountered before. (The astrologer will deal with many new parents who have not really come to terms with the fact that they have just increased their involvement in the evolutionary process, not a system like Amazon Prime designed to deliver what you want.)

So this is what the generation in Pluto in Libra is contributing! I had been wondering, and, quite frequently, out aloud. So now I take real pleasure in apologising unreservedly, because I see that this generation has brought through the first of the individuals who will reconstruct our world after Saturn and Pluto leave Capricorn.

One has no idea how representative is one’s client profile, but based on my experiences, I am suggesting that these new arrivals fall into three broad categories based on energetic structure of the personality. This is not a matter of interpretation but of the application of an esoteric technique, to disclose from a natal chart a result not dissimilar from that of an X-Ray.

Those who are going to scrape off conditioning and inauthentic values, to find out what really matters to them and what they can truly contribute. These individuals will be inclined to non-conformity and will remain in their own space, rather separate, tending to their own lives and challenges. A significant number of them will have autistic spectrum mental health issues to deal with as they release the stranglehold of intellectualism or integrate their emotional bodies more meaningfully.

Initiates of the Fourth who are coming in to do the task assigned to them by the design of their lives. They will grow up quickly, driven by a strong sense of purpose, and get down to work. Serious-mined from a very young age, we see some of them at work already, prepared to tackle key global issues whilst they are still at school. They are the core of the Planetary Servers group and their example will give direction of thousands.

Initiates of the Fifth who hold a space to enable radically different values to find a place in human consciousness, these are the individuals who we will find hardest to understand because they appear unfocused and uncommitted. They are neither, but they will not be coerced into meeting expectation, including those arising from the ideas that we have of what spirituality in service looks like. They are holding a space in which our spirituality can change and rid itself finally of the Ray 6th impress. They are freedom-lovers who will mostly choose to live out personality life, holding this space for change. This is as much planetary service as is the contribution of those of them, most likely a smaller group, who walk in the foothills of enlightenment, and whose lives will be more in line with our expectation of the spiritual life, because they recognise that they need what every human being needs, if we are to shed our personality consciousness: the assistance from a teacher/ tradition to get over the mountain.

I cannot say whether or not we have ever had so many highly evolved people in incarnation at any one time to provide critical mass for change, but we do know that when Uranus is in Aries and Taurus, individuals come in who, when they reach adulthood, will change the social mores. Those who are developed are able to pick up on an energy that comes in from the Cosmic Astral plane and wants to challenge the physical. We last saw this in the 1960s when those born in the late 1930/early 1940s came of age.

The problems we now face may appear insurmountable to us. So leave it to them. That is for this that they are coming in, and if they push away our help, our advice and our values, we should not wonder or be offended. Just look at the world we have created and accepted.

If the parents will support and remind each other, they will find it easier to hold a space in which their children are growing up to be different from them, and feel less overwhelmed by the responsibilities. Joining up and cooperating with like-minded people of their own generation is something else at which those with Pluto in Libra excel.