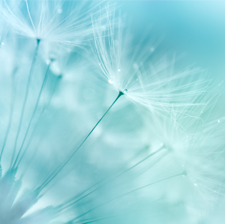 On the timeline that has taken us from the 20th into the 21st Century, spirituality has been changing its direction.

It does no harm to think of 2012 as representing the points on the tracks where this change of direction occurred, but the switch was not tidily contained within just one year.

Those of us working within the Theosophical tradition knew of this change of direction, or more accurately, we were alerted so that we could recognise it in its external form, but we do not truly know something until we are on the inside of it. Inside of it is where we are now.

It is tempting to say from this place, that there is no vitality left in spirituality in the West. But this is not so. There may be little vitality left in the old familiar forms, but it is finding its lodging elsewhere and it is challenging us to recognise it there.

In some respects, the change represents a kind of maturing, a ‘doing away’ with the pleasing and often rather childish things with which we entertained ourselves in the New Age, when spirituality and consumerism flattered each other shamelessly. But those were the times, and if we were we were fortunate enough to live through them, we will have had considerable fun. Then we were breathing in, taking in the influences that would enable us increase our awareness and raise our vibration individually. The New Age was a very self-focused, self-serving time.

The present time is not so kindly nor so flattering. Now we are breathing out, givers not the recipients, returning to the planet and to the human family collectively. Now we are asked to understand that it is a time of responsibility and to find spirituality in everyday things, without the paraphernalia: in honest speech, kindness, supportive relationships, health regimes, visions for a better, healthier relationship with the planet; raising vibration collectively.

One of the biggest causes of self-sabotage is that we say we know that the mind influences the body, indeed it has long been a truism - but we do not live this knowingness. We complain ceaselessly and self-righteously, expressing outrage at the things that others are doing wrong, as if we alone of the 7 billion people on this planet now, know what right and what is the way on. Then we use the Internet to send these toxic, intellectual spores round the world. This indulgence is killing us, our children, our opportunities and our causes. This spawning of negative realities is death from the air, which at the time of writing Esoteric Astrology Master DK said that humankind had not yet been exposed.

The basic cause of the planetary ills is gross over-population; everything else is a symptom of this.

We cannot fix the situation until nature fixes the cause.

All we can offer to the situation is what we perceive to be helpful; a need that we recognise and know how to meet. This is something quite different from being right.

This new form of spirituality requires a new protocol, We don’t need to be right and make others are wrong to do what we consider to be right, which is the only thing that need to concern us. We could, simply, just get on with it.

This is not a condition of free for all – far from it. Individuals answer directly to the Soul and the Soul will communicate directly with us. Not in visions and voices and clairvoyant messages but in the way it assists our efforts on the material plane, with which we have to make a new connection.

There are laws that govern human development mentally, emotionally and physically, and we do well to become familiar with them and observe them, but what is ‘right’ is inextricably linked, not to knowledge, but to levels of awareness and the inclusiveness of consciousness .As Gandalf warns Frodo: ‘Only the very wise can see all ends.’

For as long as we keep the focus upon doing and contributing, then it can be said that is for this that we have developed individuality which is a means of organising and deploying creative capacity, which is now required.

Esoteric astrologers are able to see the lines of connection between the personality and the Soul; we can read the algorithm according to which our personalities in incarnation have been constructed. We see the cycles and know that the principal agents of bringing higher to lower are those with Pluto in Scorpio, Sagittarius, Capricorn and Aquarius. We see also the high level of development of the babies being born now and their capacity for making things happen and unifying mind and body so that we truly get here into incarnation to discharge our responsibilities to humanity and to the planet.

Those with Pluto in Scorpio and Sagittarius are all in incarnation now, the oldest is in his or her late thirties and the youngest 9 years old; those with Pluto in Capricorn are coming in now; and those with Pluto in Aquarius will start arriving from 2023 onwards. In their different ways, each of these generations is concerned with the task of getting here and bringing higher to lower i.e., to the material plane and physical vehicle of the planet which supports the human family.

When Pluto goes into Pisces in 2043 we will start breathing in again, and raising lower to higher. Once again spirituality will be about ‘getting there’, and discovering the secrets of the astral plane, the breathing in the mode with which so many of us have grown up. In the 2050’s, a whole generation coming into incarnation will be linked, with varying degrees of consciousness, to the Cosmic Astral plane.

Until then, living on the planet as responsible people in a material world on an over-populated planet is our only real option.

The most constructive thing we can do is to manage ourselves to have energy to spare, to make our contribution to this planet now.

This is how we will raise vibration at this time. This is ‘getting here’ and it is the new spirituality.