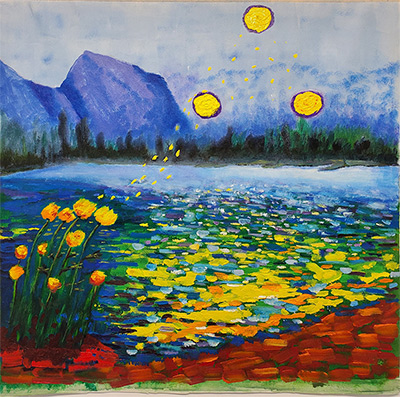 It is by way of cycles that the astrologer engages with time, because we see that the Heavens are moved by cycles.  Esoteric astrologers study these celestial cycles, especially planetary cycles, to understand what is being introduced and removed from human consciousness by these processes, and why this is so. We look at the precedents and learn to understand the different stages of the cycle in order to find the opportunities.

If we do not have the same sense of final catastrophe as those who simply expect things to be other than they are, it is because we have, quite literally, no business with such a perception; our business is with cycles. We observe them in evidence in all manifested life and we understand that growth will come from this if we will accept the challenge of change. We accept that some stages of all planetary cycles will be challenging to us, individually and collectively, and organise ourselves to live consciously and observantly through these times.

In an earlier article, I wrote about Pluto and the generations and about how the destructiveness of Pluto, which we recognise only too clearly in our lives, is not so readily connected with the planting of the new seeds which Pluto also delivers.

There is opportunity to be found in recognising the nature of the seeds for which Pluto is preparing the ground, and in cooperating with the process.

A cycle of Pluto is of approximately 248 years duration. Thus, Pluto spends an average of 20 years in each of the signs.

Pluto was not discovered by the West until 1930, but we may reasonably assume that, unobserved, it was doing its job of opening up the minds of each successive generation by working on the collective level.

In influential writings of the last three hundred years, we can follow the way that Pluto’s slow movement through the signs has been shaping the thinking of those generations, including the concept of God, which regulates our relationship with the Unknowable.

In Pisces, Aries, Taurus, Gemini and Cancer, a sense of the unfathomable, coming through from the Cosmic Astral plane, creates God Transcendent: The Almighty before whom we are nothing and need religion to act as the intermediary.

In Leo, Virgo, Libra, Scorpio, Sagittarius, Capricorn and Aquarius, God Transcendent is replaced by God Immanent: God is within all manifested phenomena, including us. Religion loses ground to spirituality and creativity.

Leo, Virgo, Libra, Scorpio, Sagittarius and Capricorn can all pick up echoes from the Cosmic Astral plane, but in Aquarius, if God exists at all, it is within the human family and in our sense of what is possible for us. In Aquarius we are inspired by human potential.

Then the cycle starts over again with God Transcendent in Pisces.

I have been exploring this ground for many years but after an academic performance distinguished by the consistency of its mediocrity, I find that I would have the grace to feel embarrassed if I were to be described as a historian. Back in those days, I was looking for something else. When eventually I found what I was looking for in astrology, I turned back to history, if not to academia, with a different level of interest. Yet, I remain wary of the claim that history teaches us.  History may show us if we know what we are looking for and are able and willing to see it.

For example, history could teach us, which so far it has not, that in every age and generation there are those who think that we are heading for certain disaster. The thought form is passed on and once a generation’s inner resources are no longer adequate to accommodate change and find opportunities within it, it will give itself up to it, and rekindle the sense of despair. It has become part of the human condition, and we are seeing that a generation can feel impotent at a very young age.

My explorations suggest that spiritual crises are at their most intense when the individual is struggling against a Transcendent God and His Intermediaries for the freedom to be himself. The proportion of those who are in disbelief may be greater now than they were when Pluto was in Pisces, Aries and Taurus, but then it is no longer the cause of crisis, a shift that began in the generation with Pluto in Gemini (born at the close of the Nineteenth Century/early Twentieth).

In 2020, as a point of interest, Pluto is in the same sign as it was in the 1770s when it was stirring up the economic and social conditions that within twenty years would trigger the French Revolution in 1789 when Pluto was in Aquarius.

But after the revolutionary fervour of its latter years, by the time the 18th Century closed, Pluto was back in Pisces and religious fervour began to reclaim the ground lost in what Lytton Strachey, with his unerring ability to pick up the spirit of the times, described as that ‘subtle and cynical century’. It commenced with the writings of Voltaire which dominated the thinking of educated Europe. Pluto was then in Leo, and throughout that century the individual grew more powerful, more important, more entitled and more capable. The need and space for a Transcendent God continued to reduce until Pluto returned to Pisces.

A century and a half later, in 1939, Pluto returned to Leo.  Now, as we near 2025, God is firmly back inside the individual and the hold of religion is weakening exponentially.

Is ours a subtle and a cynical century? I am no Lytton Strachey, but I would say most certainly not, because humanity has evolved since the 18th century. That is the point of planetary cycles. If we want to see evolution, we have to look at what is different not simply at what is similar. Today, a greater proportion of the population is educated and has been given access to the tools, intellectual and material, that enable us to understand and express ourselves better.  Consequentially, a greater proportion of the human family has achieved a connection with a higher level of consciousness. (In the language of Theosophy: to the Kingdom of Souls).

We scarcely need to expose cynicism. It discloses itself most obviously amid the sincerity of those coming from the heart.  Subtle, it is not.

Many people ask me why the activities they were engaged in with such pleasure twenty years ago, no longer inspire them. Perhaps the answer is that God is no longer in the same place that we found Him twenty years ago. We are each an agent in part of the process of evolving consciousness. It is an irony of the established religions - if indeed irony is the word - that it teaches this whilst never formally acknowledging that change is taking place.

So, in what do we believe now as Pluto advances on Aquarius? We believe in ourselves and the value of giving our very best to the human family to protect and develop its potential and the planet that sustains us so that we may all continue to evolve. We may have to learn how to do this better, to learn how to manage ourselves better and organise ourselves to contribute what we are able to do and have confidence in ourselves and our contribution because at this late stage in Pluto’s cycle  ours are the only hands that God has. He is in us or nowhere for the next 50 or so years, until Pluto returns to Pisces and the first generation of those with Pluto in Pisces grows up.

If it calls up from us dedication, sacrifice and love, it is not less than the spirituality called up by the concept of God Transcendent; it is simply different and an integral part of a cycle, that is helping to take us by slow degrees closer towards the Unknowable.

We must ever remember that a curious interest and a far-seeing grasp of the plan of the Logos is of no importance to man unless he correlates the present within that he believes to lie in the future, unless he ascertains the point achieved, and realises wherein consists the work immediately to be undertaken in this general process of attaining full consciousness.