What is it all about?

What is it all about? is a question that is not asked as often as it should be, especially by spiritual seekers, who seem increasingly inclined to trust that whatever they find can take them out of the unhappy mess they consider our lives are in. Where and how seem rather less important.

In this respect, the present times are different from the New Age during which the assumption, invariably, was that we were on track to Enlightenment.

Why the question should be asked is because not all paths are heading in the same direction or travelling at the same rate, and although they may join up eventually, do we want to be meandering through the spiritual landscape in garments that may be out of date and shoes that are far too big?

The Western spiritual landscape has changed; and it began to change when Chiron was found in our Solar system in the 1970s, signalling the activation of the Fourth Ray.

Since then, the Sixth Ray upon which Western spirituality has been constructed in the Christian era began to weaken and was eventually decommissioned in 2012. The Sixth Ray exists still but it is no longer a directive force in human consciousness. The forces conditioning the development and spirituality of the human family have been reconfigured.

The focus is now off transcendence of the physical, and upon getting here into the physical, in order to bring through Spirit and to raise vibration, starting with the etheric body.

The emphasis upon diet and balance which is the concern of the Ray 4 healers (dieticians, yoga teachers, acupuncturists, naturopaths, homeopaths, cranial-sacral therapists et al, and let us not forget environmentalists and fine artists) is where Westerner spirituality, released from its Ray 6 structures, has found a lodging place. The danger is that if this Ray 4 awareness is not shared: it becomes, my diet, my health, my well being –and we all know what a fast route to a neurotic focus upon self that is. It is our diets, our healing and our well-being.

To do its work, this knowledge has to be taken to those who are still trapped in materialism and trying to find away out through drink and drugs, including those medically prescribed, because illness has never been a greater wake-up call than it will become as Saturn advances towards Pluto. Practitioners are often very sensitive individuals. They may need help from those good at marketing and organisation to get across their message.

Chiron rules Aries from the Angle of the Creative Hierarchies,, and that means Unity through Effort. This is the deal now. Chiron is more merciful than Uranus which is the permanent ruler of Aries from the angle of the Hierarchies, and encourages us to deal with physicality: our own and that of the planet, so that Uranus does not have to deliver the sharper slaps that wake us up, individually and collectively.

Let me lay DKF-K’s cards on the table. We are not taking anyone to Enlightenment and we avoid the Big Talk, whether it is of the mystical kind which likes sublimation or the Aquarian Age kind which likes slogans, There nothing wrong with either as long as they are a supplement to and not a substitute for action, but our focus is more immediate and more practical.

Our business is intelligent self-management. DKF-K students are learning astrological techniques and concepts that will equip them to be useful in the world, working with the knowledge in their own individual ways. We no longer teach those simply interested in Astrology’s ideas, we are now supporting those who wish to be practitioners,

As practitioners, taking that knowledge out, organising ourselves around this undertaking requires commitment, perseverance and ingenuity Spirit can work through those qualities.

If practitioners or clients then decide that they need a different kind of spiritual food, they are then in a position to organise themselves to find it and organise their lives to let it in. With an understanding of Ray profile, they will have a better knowledge of what will serve them.

In 2017 I gave readings to 3 young people (one still a baby) capable of taking the Fifth Initiation this lifetime, and that involves making in sufficient time, the choices that will take them to the teaching they need. These choices amount to renunciation of the familiar world and not made lightly. Most of us will never make them at all because we are too attached.

So, let those of who are not working on leaving the planetary system, settle for Getting Here, whether that involves coming back down from outer space or up from the underworld, claiming back responsibility from the 1001 things that we think are wrong with the world and organising our own space so at least that is as we intend. Then we can we be useful to others.

The Astrology of the Individual was written with this undertaking in mind. It draws on Esoteric Astrology to examine the ways in which the individual is wired in to the higher Creative Hierarchies (levels of Being), and how that connection wants to work through the personality. We then look at the creative capacity of the personality to arrive at an assessment of the kind of work that will suit the function of that individual. If a greater focus upon the psyche and the psychological is required, it can be integrated as a supplement.

Function is to be defined as an authentic use of creative energy. It belongs to the design of the personality, but in those in whom the human Soul (Ego) is in formation, the creative orientation and expression will exist in harmonious relationship with Soul consciousness. They will support each other.

My function is not Astrologer; that is my job. My function is to enable the intellect to engage with spiritual perspectives, so that the personality to communicate with the Soul. Astrology is the best way I have found of doing this.

Function is more than a specific job or profession; it is a way of putting out energy into the world (H5) and that is contributing that may well support a range of different forms and frames.

It is contributing precisely because it is authentic and gives the point to that individual. As Master KH said at the time of the Red Letters, ‘Every new incarnation is a Sunrise for our Logos.’

When a large bird, for example an Eagle, a symbol of Spirit, comes to land, it puts down its feet, and its body temporarily becomes four points shape (six including the head and tail). A bird may fly but it does not forget its feet. Neither should we. Our four -point shape can be seen in a chart. It is the shape of Spirit coming through the personality to be grounded. That is DKF-K’s business 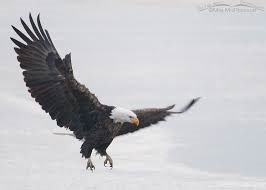 The Astrology of the Individual is freely available, along with access to the On-line Astrology Workshop, to Ark Scheme members.