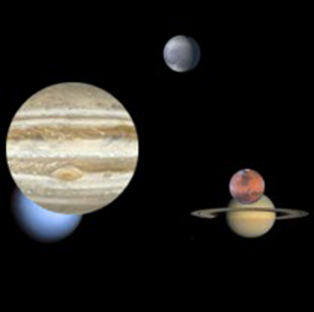 The moon and planets form configurations ceaselessly. Some of these configurations appeal to the popular imagination to the extent that much is written about them and much expected of them.

When these expectations are not tempered by a sense of proportion, then their direct effect on the daily lives of individuals is too slight and too subtle to bring more than an anticlimactic experience.

We saw much of this in the 1980s and 1990s when New Age thinking was overheating spiritual expectation generally. These days, such expectations, like hope itself, are somewhat muted, although the Cardinal cross that is in evidence this summer is now attracting a good deal of attention, which can be productive, provided there is a sense of scale.

When the inner and superior plants are involved in a configuration then individuals need to have planets in their personal horoscope that are aligned with them by celestial longitude and able to ‘draw in’ the energy. Where the outer planets are concerned the indirect effect (i.e., via the collective mind) will be of significance, but if individuals have inner or superior planets aligned with the configuring outer planets, then there will be a more immediate, personalised experienced.

This summer’s Cardinal cross (climax at the end of July) is made up of a configuration involving:

The involvement of Mercury and the Moon on Wednesday 28th will be formative in its effects. The Moon in Pisces (which is very close to Chiron), injunct Mars and Saturn, will be the fastest moving body in this configuration and, as such, able to act as the carrier or vehicle to bring this energy of this configuration to the physical plane. Because of this, July 28th should be considered the climax of this configuration.

Expect water and explosions in the outer world; meltdowns and catharsis in the inner world. In both cases they will throw up that which is old, buried, forgotten, but still toxic.

In astrology the cross that is, in effect, a T-square, is considered more dynamic than a full cross, which traps energy. The cross with three arms creates a situation that precipitates energy and awareness into what is called the ‘empty quarter’ (i.e., that part of the Zodiac opposing the focal planet.)

Individuals with planets or hyleg points at Cancer 3 degrees, as well as those with natal planets at 0 degrees of any sign will experience this configuration in a very direct and significant way. When the angle of contact is stressful then the effect can be expected to be uncomfortable; when it is harmonious then it will be decisive.

Before we examine the contact being made by these planets, let us consider the situation from the angle of numerology.

The first degree of any sign i.e., 0 degrees may be considered the last degree of the previous sign (30 degrees). Aries is no exception: Aries 0 degrees could be viewed as Pisces 30 degrees.

3+0=3. Three is the number of spirit for those in incarnation. This configuration is a cleansing by spirit for the planet and for those who live upon it.

The summer configuration involves Mars, Saturn and Uranus, all on 0 degrees of Cardinal signs; and both Jupiter and Pluto are involved with the principal contact, which is the opposition between Saturn & Uranus, through aspects of 3 degrees.

In this configuration Uranus, the ambassador of the soul, well supported by Jupiter, with which it has an affinity, is opposing Saturn representing the conditioned mind and informed by the emotional body (Mars). All three are being challenged by the genetic inheritance (Pluto) which lives on in our minds and bodies.

Uranus and Jupiter will meet with stiff resistance from Mars and Saturn, but Uranus will not be thwarted. Only Pluto can issue a challenge profound enough to blank out the higher consciousness of Uranus. Without it, we would go through the experience without any sense of purpose or possibility. Rather than a cleansing opportunity, we would perceive events as accidents, as random happenings in the face of which flesh and blood are powerless.

Aware people will realise that they are dealing with the emergence into their minds of old stuff: their own old stuff (that they may have considered they have dealt with); family stuff, ancestral stuff.

We will find ourselves caught in the act (exposed) of expressing something that defies our best, conscious efforts to live in alignment with our higher principles. The provocation, which will be extreme, will take the form of explosive, negative emotions, which we know to be spiritually regressive. But, if we are wise, we will not indulge in embarrassment, shame, or the sense that we have let ourselves down. When caught in the act, we will seize the opportunity to recognise and cast out this ancient, non-progressive mindset in a conscious act of repudiation. It will disperse through the ‘empty quarter’, specifically through the house, which accommodates Cancer 3 degrees.

If we will do this, the old mindset will not return.

Regardless of whether you have planets at 0 degrees or 3 degrees of a sign, anybody wanting to reduce the grip of the lower chakras should use the opportunity created by this configuration.

Cooperate with the process. Then you will be better prepared to engage with it as it outworks through the collective mind.

Place this configuration on your natal chart. Find out which houses are involved and identify the house, which holds Pluto at Capricorn 3 because this is the area of life/ mind, which will be throwing up the old thought forms. Identify also which house comprises the empty quarter: this is the part of the chart, which contains the place that will absorb the old stuff, as fresh air will eventually dispels a miasma.

Throughout the process, avoid using any mind-altering substances, particularly alcohol and drugs, at this time. Cleanse yourself and your environment thoroughly.

Caught in the Act –
Postscript

The news reports show that it is Pakistan which is experiencing the worst of the flooding activity which this configuration was always going to produce.

At the level of the personality, this is a disaster of enormous proportions that requires a rapid humanitarian response from the rest of the world, because from the point of view of material reality, that is the best that we can offer.

For those aware of 2012, this development has an additional significance.

As those who have read KH’s Safe Locations Report will recognise, the flooded area is within the ‘Still Point’, the part of the planet which will not be disturbed by the events of 2012.

The clean up of the Still Point is going on now, in preparation for this.

All who are presently feeling exhausted and unwell – and many, many people are - should reflect that this could be our own cleansing opportunity, prior to 2012. Co-operate with it in every way that you know. Why take negative attitudes onwards when this configuration offers us the opportunity to catch ourselves in the act of expressing them, and to consciously expel them from our psyches?

It is not a matter of physical or spiritual for us human beings. The two levels meet in us and make us who we are, and both aspects of ourselves require intelligent attention. This is why we can give a compassionate response a humanitarian disaster and still appreciate its planetary significance.