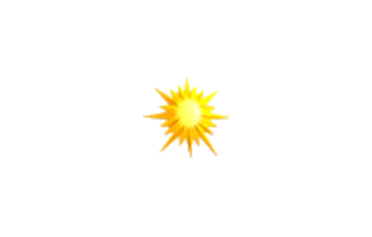 We do not move on if we travel endlessly up and down the same stretch of road. This is as true for humanity collectively as it for each of us, when considered physically as well as when considered as a metaphor.

The journey between the solar plexus and heart has shaped religion and spiritual understanding in our time, but it is not all there is to spirituality. There are other journeys to be made.

There are those that will take us from the centres in the trunk to the head centres and from personality consciousness to planetary consciousness. A person with planetary consciousness knows the point of himself, accepts himself for what and who he is and works the best that he knows how on behalf of all other beings. He knows he has much to learn and rejoices in it because it is an adventure that will keep alive his interest in life; but he also knows enough about that which is life-enhancing to make a contribution.

This position is a very long way from that of the personality obsessed with imperfections, and the need to know/have more before we can think of making ourselves useful. We will not cover this distance using the language of littleness and unworthiness.

Perfection and its opposite are Sixth Ray preoccupations. When applied to human beings, perfection is both an illusion and a sterile concept. Insecurity and unworthiness are both habits of mind and are a line of least resistance to those who wish to keep attention on themselves.

Self-acceptance is our goal now; neither ignoring the aspects of ourselves that are in need of attention, nor in making more of them then the situation requires. Work on them when the opportunity presents itself, keep quiet about them when it does not, and enjoy life. In spiritual terms this represents ‘getting over ourselves’. The human in incarnation is a work in progress. We are designed that way and will wait forever for the paint to dry because it is constantly being reapplied.

Spirit cannot make contact when there is not investment in life, but when we are positively engaged with life, spirit can work through our individuality to enable us to make a contribution that adds value to what we have to offer.

The activities of the healers of Fourth Ray are blending sensitivity and spiritual will as have already been mention. Yet spirit does not confine itself to those who do what we perceive at this time as good works – which is after all simply a concept, heavily influenced by Sixth Ray spirituality – it is available to all those whose intention is to put quality into life.

Master Serapis Bey who directs the Fourth Ray in our planetary system, has long worked with creative artists to enable them go the extra mile in terms of using their creative frame to give something of value to their time and culture. But he does not necessarily remain long with any one individual.  The Fourth Ray ever renews itself with new challenges, new responses, new possibilities and again, new challenges. The quest for responses is never ending.

In this way we free spirituality from its present limitation of being a certain kind of thought, practice, and presentation by a self-conscious, self-important elite and frequently self-congratulatory elite , and release it to take its place in the world as conscious living. Then there will be no more spiritual or non-spiritual people, a duality, which belongs to Sixth Ray spirituality. There will simply be people engaging more or less consciously with life with a greater or lesser mastery over the material plane, giving more or less of what they have to offer.

They will be in the world, taking responsibility for their own realities, and working on the changes that they wish to see. From this will come purpose and fellowship. We will not yearn to escape from a world to which we feel connected.

The spirituality of the Sixth Ray is for those in a state of separation. According to the Sixth Ray model, union comes after death has released us from the physical plane. Those who know they are planetary citizens find that sense of connectedness whilst they live and enjoy the companionship of all the kingdoms in nature. They do not aspire to escape from a world of which they feel they belong and in which they are active. The planet is now their plot of earth.

This is the new spiritual model.

But we have to be here now. It is in the now that we either love or despair of our lives. It is the now, which gives us the space in which to create realities that work by getting rid of the conditioned mentalities, which do not. This is the subject of the series of articles on this web site entitled Creating a New Way.

The few who are preparing for 2012, are as ill-advised to forget this as those who are not. We can still plan and be here now. Indeed there is no point in planning a future if we are doing so in a state of anxiety and fear. It is like trying to go up using the down staircase.