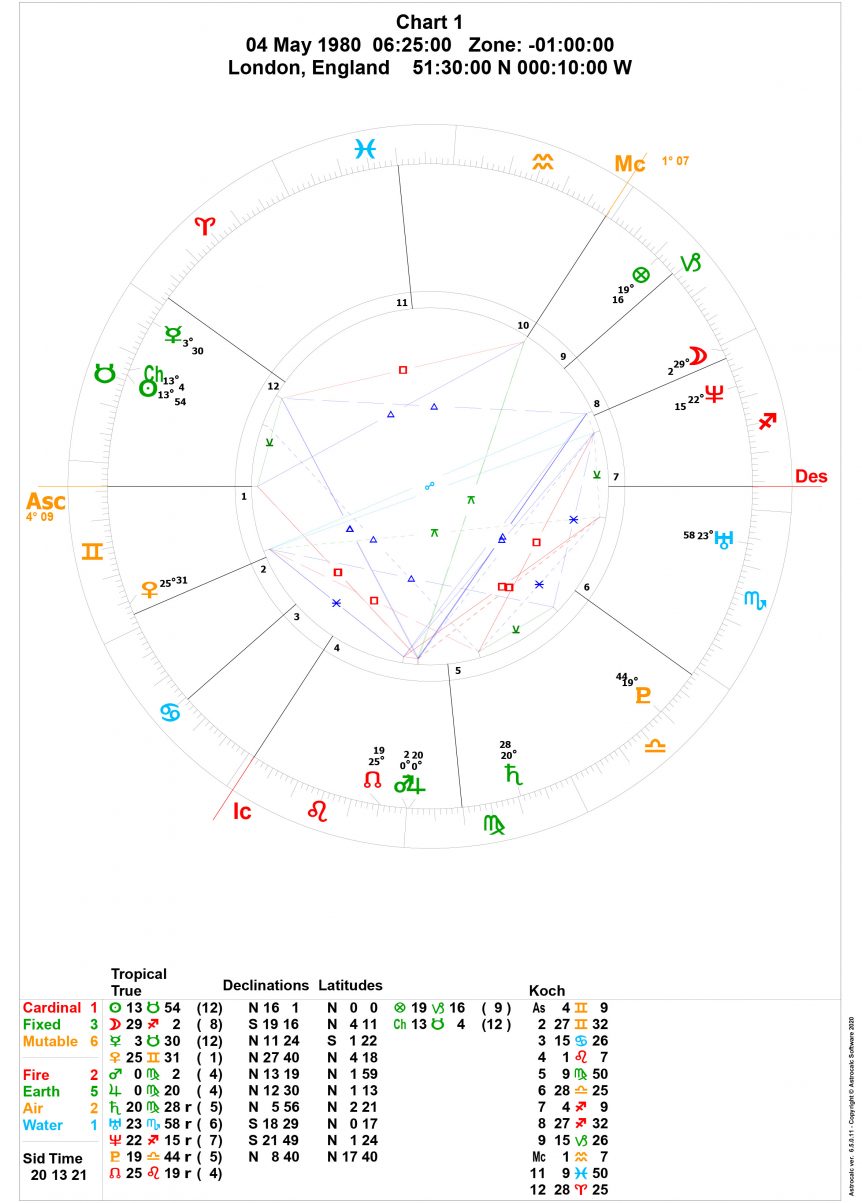 Every year is significant, regardless of how many we have notched up, and every year should be lived as if it is our last, because for any of us it could be. I would be drummed out of the teaching profession, and quite properly so, if I suggested otherwise. Even so, for the astrologer and esotericist, there are 9 birthday years which merit special attention because they represent junctions of significance, portals to a higher level of consciousness. Time and the evolution of the contemporary human being (assembled on the Cosmic Physical plane’s fourth sub-planes) will bring us to these places at the designated ages, whether or not we intend to engage with the opportunities they hold.

The birthday years are the principal focus of this article. Years of life and birthday years are not the same thing, for example, the third year of life commences after the 2nd birthday and completes with the 3rd birthday. The 3rd birthday year is between the 3rd birthday and the 4th, during which two different levels of being struggle with each other, one completing its business, the other taking over: Alpha and Omega. The 3-year-old who has to synthesize the etheric and dense physical vehicles completes the process to make a new start at age 4, more grounded, more worldly, steadier on his feet, in the material world, and issues arising from the struggle between the two levels fall away.

The above process is replicated on higher planes when we are building the human soul.

After age 21, the significant birthday years come at regular 7 yearly intervals, a time frame which an astrologer connects with the major aspects of Saturn to its natal position.

All astrologers should have a working knowledge of numerology as a resource to reveal the essence of each birthday year.  When the Astrologer’s rightful business is looking to the future, practitioners benefit from being aware of the Alpha-Omega years because these ages bring profound experiences, regardless of the level of awareness. How do we assist this? What does the natal chart show us?

A birthday age that adds up to:

1 (through numbers that add up to 10) is associated with new directions and physical movement.

6 associated with realisation of an individual’s possibilities through structures that endure. Such structures include marriage and the human soul

7 associated with a drive for greater independence and self-sufficiency

8 associated with remembrance of the plan for the life

9 associated with completion, finalisation and resolution

The numbers involved are clues to the themes which define the decades from the teens to seniority.

An Alpha-Omega year is, effectively, an ‘initiation. All initiations benefit from conscious interaction if we are to move on purposefully.

Add up all those numbers in brackets and we get 54 =9 the number of completion, i.e., 9 ages adding up to 9. What has completed is our supply of years of opportunity built into the design of our lives. From our 64th birthday year, we are on our own, in the karma-free years with whatever wisdom we have acquired and with whatever health and drive we have left.

Our LOM for July is written by a colleague in her 63rd birthday year, the significance of which she has long been aware, preparing for a new start at 64.

As a professional astrologer, the Alpha-Omega birthday year which I have had most opportunity to observe at work, is 35. At 35 (=8) we recognise a new creative opportunity with a sense that we are reconnecting with something familiar to our being, and go towards it with relief and confidence. But the struggle between what we can take on through the portal and what we cannot commences almost immediately. Age 36 (=9) is dominated by this conflict because at this stage of life, as part of the deal, we are required to consciously close down the old. It is the price at which authenticity comes. We move forward more easily at 37 (=1)

Collectively, these three years represent an initiation into authenticity.

Where the Saturn Return, at age 28 is concerned, completion of twenties experimentation takes place at 27 (=9). Age 28 sees the formation of a new mentality, but it has to be integrated with material realities at 29.

Collectively, these three years represent an initiation into self-responsibility.

Although it is not an Alpha-Omega year, age 8 (9th year of life) is important to esotericists because the number indicates, amongst other things, a connection with the level of Soul. At 8 years old is it not at all uncommon for a child to have an insight into activities and situations which may become important in the adult years. Ages that add up to 8 (17; 26; 35; 44, 53; 62; 71; 80) may bring further insight into contribution.

The years of maximum contribution are considered to be between 42 (=6) and 56 (=11). Add these two together and we get 17 (=8) Perhaps we should view them as the inspired years when the material focus of the 40s giving way to a less compromising and compromised creativity in our 50s.