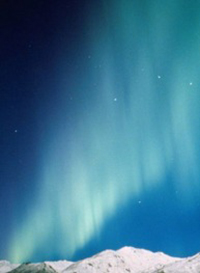 Affirmation
from the Koruna Mantra

I wrote the book, Transitional Astrology, the first of four astrological works, early in the opening decade of the present century, when Pluto was in Sagittarius. It was an attempt to capture and systematise an approach, which had evolved during fourteen years of giving face-to-face readings with clients, who were nearly all aspirants, seeking to move on their lives in ways, which were helpful to their spiritual development.

Their questions, which had also been my own questions, directed my attention to certain places on the birth chart, which I intuited, could yield up the answers. These findings then went into Transitional Astrology where they were placed in a conceptual framework. To construct this framework, I drew upon certain ideas offered by Master DK, some of which came from Alice Bailey’s Esoteric Astrology and some of which came from my own direct questions to him. DK would answer direct questions provided he considered that they were assisting personal effort to gain understanding, and were not a substitute for it.

When I began to practice astrology professionally in the 1980s, the model of withdrawing from the everyday world in order to live a mystic’s life or to be with a teacher, was already threadbare, owing, at least in part, to the growing enthusiasm for psychotherapy, which was more accessible to more people. I myself had walked away from a teaching situation some years previously, because the long–desired experience did not sit well with me. It was not the authoritarian regime per se, which bothered me; it was more that it seemed an inadequate and unsatisfactory use of life, time and capacity to make yourself dependent upon another in this way; to have your own life from which to learn, but then to rely upon the directions of another. What if the teacher had not seen through you and your nonsense quite as well as you needed him to? What about those who never met a teacher? I left to wave the flag, a tiny and tattered paper flag for self-reliance, autonomy and the opportunity in getting it wrong. I had no idea where this would take me because I had always assumed I would be with a teacher, but I knew I was going to try and find out. And what I found out in the years that followed was that our lifetimes are expressions of grace that are constructed around a discernible developmental intent, and that there is nothing that we cannot learn the hard way, in time. My feet had found, what Theosophy calls, the Path of Evolution.

These days I like to think that I have a better understanding of the role and value of a teacher of suitable calibre, in saving the personality time and unnecessary suffering, which is not to say I would not walk away again, eventually, to retread the Path of Evolution in order to learn, in my own time from my own mistakes, and to allow awareness and courage in facing facts to act as the raising agent. I believe in this as an approach to life, provided we have realistic expectations of ourselves and where, unassisted and using the slow process of trial and error, we can take ourselves in the relatively few years that our lifetimes encompass. Mostly, realistic means modest, but not always. We have to know how to see beyond ourselves and project an image of ourselves, as we would be, onto our road, or we have nothing to work towards.

My ambivalence now about the teaching function has less to do with the principle, and more with its compromised expression in a consumer age. I am not talking here about ‘fake gurus’. Real and fake is a drama created by self-centredness. What is true and useful for one may be false for another, depending upon level of development, which creates very different requirements. I am talking here about something else; the matter of helping the personality integrate knowledge so that we can change the way we look at and deal with life. The only thing that a teacher can do that life itself cannot is save us time. This one thing, and not the giving out of knowledge, is the real function of a spiritual teacher, who, emulating life, delivers challenges that might otherwise take years or lifetimes to present themselves. As the traditions and the monastic model lose their importance in spiritual development, then this awareness and the kind of environments in which these challenges can be mounted effectively are being lost, and with it the understanding of why the personality must be taken outside its comfort zones. And so teachers are compromised, not simply by the expectation that they will give people what they enjoy and readily recognise as spirituality because it makes them feel good, but also by the need to deliver in small packages of time.

In these conditions people behave like consumers: choosing what appeals, discarding what they do not like, criticising what does not flatter, and collecting up un-integrated knowledge, which rattles around in their lives like small change in the pocket, and has about as much practical value. The problem is that this small change in their pockets, especially if it has come direct from one considered to be a teacher, can make the personality even stronger and more self-important. We are losing the culture, which enables spiritual teachers to do their proper job properly.

I have no such ambivalence about Astrology readings, where the only teacher is life, and the astrologer is simply the map-reader.

Transitional Astrology was written for those on the Path of Evolution, where it is the journey, not the destination that matters, and where the difference between having a clear sense of ourselves and our direction, and not knowing who we are and what we are about is everything. What impresses our consciousness during the course of it, is what we offer back to humanity when we die. It has the same value, whether we achieve our goals or perceive that we have failed.

This approach to Astrology takes spiritually-aware people to the place where they can make choices consciously, with an awareness of what progress looks like in the context of their own lives and also of the kind of help to seek out. I have encouraged many to seek out a teacher to be with for a time and who will give them an infusion of energy and inspiration. You need a strong Saturn to see life’s knocks as instructive, and this can breed an unhelpful and excluding inflexibility, a mentality of coping rather than living, that keeps us turning on the spot. Sometimes we need softening. Then there are those who need to be loaned a higher vision in order to be motivated to create something different for themselves; and those who lack discipline and staying power…

The way to the soul is through the personality. The point is to know what works for you and avoid spiritual clichés, because they are abound. Indeed, the New Age became a smorgasbord of clichés, which is what truths become when they are carelessly and inappropriately applied.

Transitional Astrology is not a closed system. It is rather, an approach to finding answers to the questions that we have when we are bringing the personality into alignment with the soul, which means, in effect, mastering those tendencies, which take us into separation. Transformation is an expression, which is used too readily and carelessly. We cannot change ourselves, but we can mange ourselves and with different perceptions encouraging a different use of energy, we can change our lives.

Key questions, which this kind of Astrology expects to answer:

In the 14-year period during which I was in practice, I gave around 3,000 readings using the Transitional Astrology frame. In those years, however, I considered, or rather assumed, that there would be a natural progression from what people perceived they needed to make happen, to the action required to make it happen. But now, after the years with the Koruna Project, I realise that this is an unwise assumption. It may be that two thousand years of Christianity have made spiritually-awakened people wary of personal power and success on the material plane; or it may be that we have become so easy with verbalisation and virtual realities that we would trade the real thing requiring time, effort and organisation for this ersatz product; or it may be that we are losing faith in our ability to make things happen. In these ways, time is running away from us.

Whatever the reasons, we have to pause now on the road to opening the head centres, and pull over in order to relearn how to do and how to make happen what we consider important. There is no role for us as creative beings until we can impress the material plane. Learning how to do this has to re-enter the consciousness of spiritually-aware people; and to this DKF-Koruna has committed.

It gives another task to Transitional Astrology. In addition to finding out where we are going and when we will meet with opportunity, we must look at the horoscope, that blue print of the personal energy field, and ask the question: what is the key to managing my energy? Making changes on the physical plane takes energy, and we will not have that energy for as long as we perceive that daily life takes everything from us; that we are victims of circumstances; or if we are ambivalent about change. All changes in lifestyle come at a price to the personality. The point is to be able to assess this cost, in advance, from a place of realism about self. Then we will not need to find excuses or use self-sabotage to allay our nervousness about change.

We may be in a better place to do this now then ten years ago when we naively thought all we had to do was collect a pocketful of New Age ideas and the rest would take care of itself.