The Rolling up of Ray 6: Reply to a Colleague 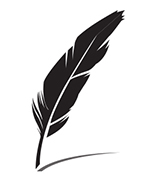 To the esotericist, manifestation is a process of unfoldment from the Absolute (under whatever name a tradition confers upon It) down into the planes of objectivity on which we live and have our being whilst in incarnation. This descent is involution. The point of spirituality is to achieve the reverse of the direction of consciousness so that individually and collectively the human family evolves within and beyond the Three Worlds of the personality.

I believe this understanding is at the esoteric heart of all the major religious traditions, although at different times humanity collectively and different cultures individually will focus upon specific stages of the journey and that gives an idiosyncratic feel to a tradition.

For all beings in manifestation, evolution is a possibility, although within our present Solar System, the metals and substances in the dense physical body of our planet do not have this opportunity. But their time will come.

To understand the role of the human family in this process is to come to appreciate our place within the planetary system.

As Gurdjieff put it: we are ‘nature’s only variable’. This means that what we achieve in terms of developing consciousness through the use of intelligence and choice can assist nature’s non-variables, the animal, plant and mineral kingdoms, the lives of which we can affect.

The Path of Return takes beings back up through the subplanes of the (Cosmic Physical) Etheric, Astral and Mental planes, on which the Rays revolving vertically blend with the planes revolving horizontally.

We understand that as the life of the Solar System advances and evolves, the minor rays (Rays 4, 5, 6, & 7) will be absorbed by their higher counterparts (Rays 1, 2, & 3). This is the Path of Return that the human family follows over its countless lifetimes.

Esotericism studies the effect of these interactions and identifies the planes on which the human family can work. But, appreciate that the concepts we use to understand the process are codified for human beings in our planetary system. It is ‘our view’ from Earth. It does not follow that these apply to higher species or to other planets. Indeed, what happens on other planets is intentionally concealed from us at this time.

Our individual planetary pattern, picked up in the natal chart, will indicate how we interact with the subplanes on which we are active, something you will be studying this year.

In our planetary system, Ray 6 has been involved with our emotional development, taming and refining the desire nature and raising energy from: 1) the solar plexus to the heart centre, and 2) the heart centre to the brow centre, which is the remit of Christianity, picked up and carried on by New Age thinking.

In terms of evolving consciousness, it is a testimony to the achievements of Christianity that in the 1970s, Ray 4 was activated in our planetary system with the job of absorbing Ray 6.

This is happening now, and as far as I am aware, we have no precedent to draw upon.

It is one of the ironies of spirituality that we deal in transformation whilst expecting nothing to change within our spiritual structures, deriving comfort and searching for guidance in an ancient past. It is an aspect of the human condition to see deterioration in the outer world as our own physical and mental strength diminishes, something that every generation eventually does.

Spirituality exists as a challenge to make the human condition more conscious, not to become itself trapped in form.

We older ones have seen two major systemic changes in our lifetimes: the activation of Ray 4, which Master DK reported was not active when he and Alice Bailey were working on Esoteric Astrology (first published in 1951); and the rolling up of Ray 6.

The effect of these has been empirically observable changes in the structure and content of Western spiritual life, as Ray 4, which is the Ray of the Artist and Healer, seeks to achieve the integration of the physical, the emotional and the mental through intelligent cooperation and not blind obedience. Faith has its place, but it is faith in the efficacy of working consciously to achieve a result.

Ray 4 uses form before it discards it. Thus, it finds little use for the devotionalism and the principled disregard of the physical body, in order to focus upon the soul within, that gave Ray 6 spirituality its defining quality, and this is reflected in the exponential decline of church attendance and now in the loss of vitality in the New Age movement which was built upon Christian foundations.

As esotericists, we have to be willing to look closely, perceptively and intelligently at change, not simply bounce off something we are predisposed to see as evidence of degeneration.