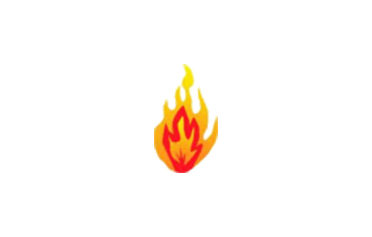 That we create our own realities is awareness that many share now, although we engage with it in a largely self-centred way, taking it to mean that the way we conduct ourselves and manage our energy will determine the quality of our individual lives.

There is a very important truth in this, but there is a greater truth still behind it and that is that collectively humanity is creating its own reality, shaping the world that we look at, that we write about, that we sing about and describe to others, by means of the categories that we use and the language that we share. We inherit the backdrop from those who have gone before, and create our world from the relationships we then make with the other beings with which we share this Planet, and uphold it by agreement. In this way we mold the Universe around us.

We do not make the Planet and still less the Universe: they have an existence quite independent of us, but from the relationships that we make with what we perceive, we create our experience of being part of them.

Please note this distinction because it has bearing on the matter of whether or not we have control over the events of 2012. These events belong to the Planetary reality and to the relationship that the Planet makes with other entities in our solar system and beyond. They are beyond our control. Our choices are confined to the relationship we make with them.

Most misunderstandings in the field of esoteric knowledge arise as the result of a lack of proportion. It is noticeable that those who are the most impotent in their personal lives, tend to have the most extravagant expectations of how collectively we can alter Planetary reality.

We can change certain things about our world, but not all things; and how much we can change will depend upon personal power. Most of us do not have enough of that to keep even our own lives aligned with our perception of how they should be unfolding, let alone that of the Planet. Time is short: let us get off the level of theory and restore a sense of proportion. Our choices are confined to the relationship we make with these events. We have no control over whether they happen or not, but if we have enough personal power, we can choose, for example, where we will be in 2012.

Individually and collectively, our identity is bound up with the view we inherit from those who have gone before us. We uphold it by agreement. This socially-conditioned view is, at one time, both our support and our limitation. We could see the world very differently from the way we do by creating different relationships with what we perceive as the non-self.

We inherit a way of being in existence also, and this will determine the extent to which we are aware of the relationships that we have created with the things we perceive as the non-self; whether they are as big as the Cosmos; as immediate as the next person; or as small as a pebble.

There is a value in knowing this, even though social conditioning, which permits continuity and enables us to communicate and function as a species, makes us hostages of the past. But hostages can escape; for as long as we have life-force, we have that opportunity.

A different generation may modify the relationships to some extent, but they will be relatively small shifts. It is the position of the Earth’s axis that is a major indicator of the relationships that we make with ‘other’. It indicates where the Planet itself is assembling its reality (which Planetary chakra is being emphasised) and how that is conditioning the life-force that each of us receives in order to incarnate.

The planet moves on its axis and gives itself a new perspective by an act of will, calling in other celestial agencies to assist it in making this break with its past. We too can change our perspective by intending this and then working to bring it about. Our task and that of the Planet is one and same. If we understand why we should do this, we too can shift the assemblage point of our reality by breaking free of the hold of the past as a conscious act. The events of 2012 will assist us in this.

We have choice, if we understand the deal and accept the terms.

Fifth-dimensional consciousness cannot impose itself. It is not a handout and cannot be given to us by default. It arrives in our word in the form of raw, ruthless and pitiless energy from the stellar worlds. It has to be received and taken in, by means of an act of volition, which is underpinned by self-responsibility. Only when it finds a lodging in human awareness where love already exists does it become the consciousness of spirit.

We have two years to prepare ourselves to receive it.