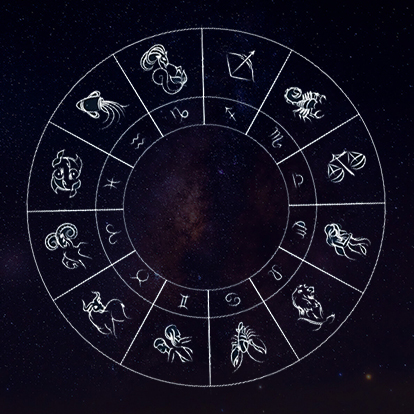 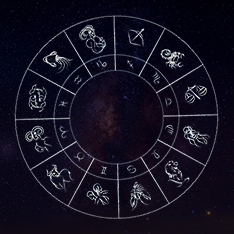 When the Sun transits the 2nd House, a person’s focus tends to be practical, issues arising from decisions and new departures taken whilst the Sun was transiting H1.

At this time of the year a person frequently assesses the financial implica­tions of the directions, which recommended themselves during the expansive 1st House period, and there may need to be some revision of the plans conceived during this earlier time.

If interceptions move the progressed Sun into the 2nd House H1, then a person is likely to become increasingly concerned with building and projecting an identity, which reflects the value system he has come to live by. Whether his values are orientated towards the material or spiritual will depend largely upon the sign on the cusp of H 2 and that occupied by the Sun. If the movement is from H 3 into H 2, then a person will begin to express his reality through the order he gives to his values and priorities. This movement may also indicate that a person has begun to earn his living after a long period of study or training and is anxious to see a return on the investment he has made in his intellectual development.

The time of a Mercury transit to the 2nd House usually requires a person to give thought to his financial situation and to take steps to improve it in some way. It may also be a time in which a person seeks to give practical expres­sion to the perspective conferred by the radical placement of Mercury. This time of the year is usually characterised by a need to focus upon material concerns.

When Mercury progresses into the 2nd House, a person has to keep one foot at least, firmly on the ground. Regardless of the natal or progressed placement of the Sun, this position of Mercury will ensure that a person has to make material concerns a priority and there may be some financial worries and difficulties during the time that Mercury is in the 2nd House.

When Venus transits the 2nd House, the house of which it is the natural ruler, financial pressures may be lifted or lessened, albeit temporarily. Frequently this is the result of a positive way of looking at things and a greater receptivity to new ideas. The improvements in his financial position tend to reinforce a persons confidence in his own capabilities and it is in general a time of optimism.

When Venus progresses into the 2nd House a person tends to become increasingly concerned with the material, although the sign occupied by Venus, will deter­mine the degree. . As Venus progresses through H 2, it is rarely survival issues which are at stake; it is rather the ways in which the resources are used and whether consumption is to be immediate or deferred.

If Venus occupies Sagittarius, Aquarius or Pisces, the decisions are likely to be designed to improve the quality of the life by giving greater freedom.

The period during which Mars transits the 2nd House is commonly a time when there are heavy demands upon a persons resources: so much of what he perceives he needs to do at this time involves the expenditure, if not of money, then of time and energy.

At this time a person tends to assess his effectiveness and competence against his ability to meet these demands.

The movement of Mars through the 2nd House tends to mark a period in a person’s life during which he seeks to assert and to express himself in ways, which have direct impact upon his financial situation. Depending upon the signs involved he will express himself either through his money and resources or by adopting a lifestyle, which threatens, to some degree, his financial security. Either way, during this phase of his life there will be a heavy drain on his resources and it will prove very difficult for him to consolidate either the assets or the energies.

The period of a Jupiter transit to the 2nd House tends to mark a time when a person's attitude to material security becomes more relaxed. He is usually more trusting and more optimistic about life. His is more prepared therefore to recognise new opportunities and this positive approach usually means that the financial situation shows either a material improvement or ceases to be perceived as a source of anxiety. Thus new interests are often developed at this time.

As Jupiter progresses through H 2 a person tends to become more profi­cient in the matter of making the material plane serve his interests. During this time of his life he usually becomes more skilful, both, in the use of his resources and in recognising opportunities available to him. The sign and condition (i.e. whether retrograde or direct) of Jupiter will determine whether a person will put his enhanced competence in the service of further acquisition or in the pursuit of other interests.

A Saturn transit to the 2nd House usually marks a time when a person is required to review the way in which he uses his resources. Money is frequently scarce during this period, especially as Saturn makes its entry into H 2, and priorities have to be re-assessed and re-ordered.

The natal placement of Saturn will indicate the basic reason for the financial difficulties. By the time Saturn leaves the 2nd House, a more disciplined approach to the use of money and other personal resources, including the energies, make an improvement in the financial position a distinct possibility.

When Saturn moves through H 2 by progression, the mentality indicated by the natal placement of Saturn, will begin to have a marked effect on the way a person handles his material concerns. At this time of his life it will be the material level, which provides him with the mirror by which he can arrive at a better understanding of himself. If the period during which Saturn transits H 2 is a time when each decision a person is required to make seems to bear a price tag, discipline and awareness need to be brought to bear on the process of selection.

As Uranus transits the 2nd House, a person's attitude to material security tends to undergo change as a result of disruption, which is brought by this transit. As a result of seeing his careful plans trashed by Uranus, and equally important, having the experience of surviving the upheaval, a person tends to become more relaxed about material concerns and more accepting that what will be will be.

As it transits H 2, Uranus brings sudden and sporadic disruption, especially if H 2 is tenanted. The natal placement of Uranus indicates the attitude, activities and situations through which the planet works as it transits.

As Uranus progresses through the 2nd House a person tends to assess, in terms of individuality and freedom, the price he is paying for material security. In consequence he is likely to make changes which jeopardise his security to some degree but which are perceived to improve the quality and authenticity of his life. A proven willingness to co-operates with these necessary changes in attitude will lessen the severity of Uranus’s disruptive activities.

As Uranus commences his journey through the 2nd House a person’s finances may become chaotic. Frequently this is the result of impulsive measures taken in order to gain more freedom. By the time Uranus reaches the end of H 2 a person is likely to be working more adeptly with Uranian energy.

As is the case when Uranus transits the 2nd House, a person’s approach to money and material concerns tends to undergo change. The workings of a transit of Neptune are more subtle, however it triggers a similar desire to be freer from the daily grind in order to pursue other interests and activities.

Under a transit of Neptune a person may be persuaded to consider all kinds of financial schemes, arrangements and deals in order to acquire the desired freedom. Thinking however, tends not to be particularly clear under this transit, and if the 2nd House is tenanted either natally or by progres­sion, by any of the inner planets, then the judgment may become very distorted indeed.

As Neptune progresses through the 2nd House a person’s attitude towards material security tends to become more flexible and his approach to finance more imaginative.

At such a time there tends to be an enhanced awareness of quality of life and a correspondingly enhanced desire for greater freedom. As is frequently the case under a transit of Neptune to H 2, schemes, usually those involving the pooling of resources, tend to have appeal at this time as they seem to be the key to a more fulfilling lifestyle.

By the time Neptune leaves H 2 a person’s material affairs have usually undergone substantial re-arrangement and there is commonly a rejection of the idea of personal wealth.

As it transits the 2nd House, Pluto releases from the unconscious, the desires and fears that a person may have in relation to money and possessions and their relation­ship to personal power. This is especially evident and intense if H 2 is tenanted. As with all transits of Pluto, a transit of Pluto to the 2nd House is cathartic and has the potential to free a person from his complexes about material security and self-aggrandisement through material means.

If the 2nd House is tenanted then this transit can bring about some dramatic and even traumatic financial situations.

By the time Pluto leaves H 2 a person is likely to have a markedly different awareness. Whether he is more or less materialistic will depend very much upon the overall pattern of the chart.

As Pluto progresses through the 2nd House the material plane becomes the ground on which the issues indicated by the natal placement of Pluto are outworked. Whatever realisations and conclusions that a person has arrived at, up to that point, are put to a very practical test during the period that Pluto occupies H 2. The 2nd House experience requires a person to externalise and act upon his understanding of his power and his desires; this experience itself becomes the source of further awareness.

The Moon’s monthly passage through the 2nd House commonly marks a time of concern and a concentrated focus upon practical matters. A person is usually relati­vely grounded at this time and it is therefore a good opportunity to deal with the material.

As the Moon progresses through H 2 a person begins to assess the cost of new ventures and new departures initiated when it moved through the 1st House. Invariably some of those new departures or some aspect of the new departures will no longer seem so attractive. This period of the 28 year cycle is a time of consolidation and whilst certain decisions may have to be eliminated, others will be developed further to make them a fully functioning part of a person's livelihood. Priorities and values frequently have to be re-ordered at this time in order to make room for the expansion of the new, and the ebullience which tends to be present when the Moon goes through H 1, gives way at this time to a more sober, grounded approach to life.

As the Moon reaches the final degrees of the 2nd House a person is likely to make a decision designed to have a degree of permanence which will lay the financial foundations of the future.