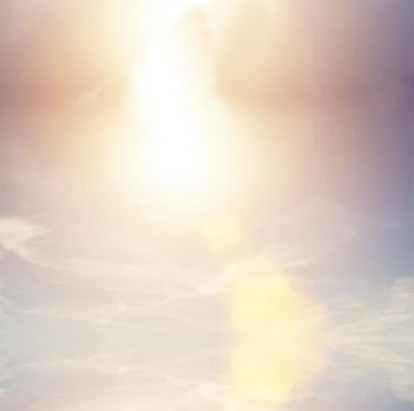 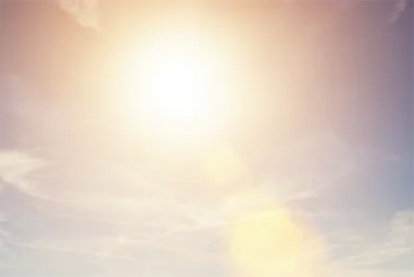 In last month’s articles we considered the Moon’s function as a veil to the first (form building) aspects of Vulcan, Uranus and Neptune.

In this article we consider the Sun as a veil to the second (consciousness developing) aspects of two of these planets, Uranus and Neptune.

In esotericism suns represent consciousness. The energetic interchange between the seven solar systems and the starry worlds, is the means by which the Entity whom DK in Esoteric Astrology calls the One of Whom Naught Can Be Said, comes to consciousness, creating thereby the means and scope for consciousness within our own solar system.

We reflect this activity in our own small lives when we use the energy of our lower chakras to open our head centres. When our personalities are soul-aligned and we are expressing our egoic ray, then we are a solar system in miniature, and for us, Neptune and Uranus represent, respectively, solar and electric fire which sustain our individuated consciousness but from which we need protection, as does a new plant from strong sunlight.

In our own tradition we start a prayer with the words: I am light within a greater light.

This is fine as far as it goes, but it does not explain why esoteric astrology confuses matters by veiling these planets, when modern orthodox astrology works with both Uranus and Neptune, without mentioning veils. In fact orthodox astrology designates them outer or transpersonal planets and holds them to be beyond the control of the personality.  By another name, this means veiled. The veil is provided by collective consciousness. The astrologers of the pre-war era held that the transpersonal planets sunk their energy into collective consciousness of the human family, and  the individual experienced it at one remove, via the collective. To the pre-war astrologers, all the transpersonal planets were malefics, because they challenged the continuity upon which personality consciousness is dependent.

In the past fifty years, we have developed a better understanding of the process of development, and Pluto and Uranus in Leo moved on the process of individuation. The transpersonal planets are increasingly able to work directly through the enclosed consciousness of the personality.

But even though it now stands in different relationship with these planets, personality consciousness knows that it does not control Uranus or Neptune. At best, it organises itself to accommodate and assimilate the changes that they bring. Neither needs our co-operation and our consent to go to work in our lives. Uranus works through removing restrictions and constraints of all kinds from our lives, Neptune works by dissolving boundaries.

Our decisions do not control them, but we can make decisions that will do more or less justice to the changes that they have effected. At the very least we need to find acceptance because their workings are, in their different ways, erosive of the enclosure and continuity which supports personality consciousness.

If we would co-operate with Uranus we have to be able to understand why the situation, person or attitude that has been removed from our lives was a limitation. If we would co-operate with Neptune we need to feel inspired and positive about the process of attraction that is pulling us out of our state of separation, eroding our boundaries and making us desirous of merging with others.

Modern orthodox astrology sees us looking out at Uranus and Neptune, rather as a person in a room looks through the window, at a world into which one day he may be freed, but from which he is given a measure of protection for as long as he stays inside his room.

Esoteric astrology, however, opens the door to the idea that if the Sun is available to act as a veil,  then the light from these planets can actually come into the room and the personality can experiment with it, learning eventually to handle and control this high-octane energy of solar and electric fire.

In the signs Gemini, Cancer, Leo, Sagittarius, and Capricorn, there are decanates that allow the veiled light of Uranus and Neptune to shine through into personality consciousness where it may be handled consciously. People with planets, particularly the inner and superior planets in these decanates demonstrate and use their mystical or spiritually radical tendencies, depending upon which of the two planets is involved.

The same principle is involved when the Moon is acting as a veil. In this case it is the signs Taurus, Cancer, Virgo, Libra, Sagittarius and Aquarius that contain decanates that allow in the light of Vulcan, Neptune and Uranus, and that encourage people to work consciously and intelligently with form to make it the host of higher energy, as we described last month.

The precise decanates are given by DK in Esoteric Astrology. We have rounded them up in our Transitional Astrology Course. So far, no student has penetrated the full significance of the decanates - they are themselves veils - but one or two may be getting close now. They are the keys to the rays in the charts of disciples and initiates up to the fifth degree. After this, there is no need for veils.