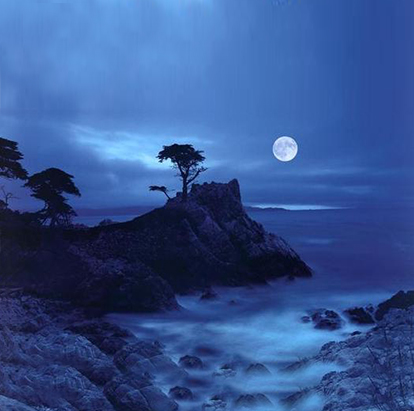 - for Ross and Jean 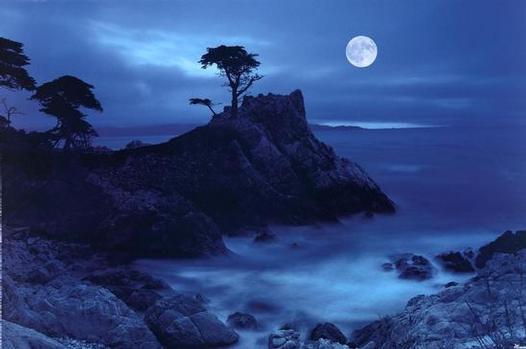 The Torrent Leaves
Rise up nimbly and go on your strange journey
to the ocean of meanings where you become one of those.
From one terrace to another through clay banks,
washing your wings with watery silt,
follow your friends. The pitcher breaks.
You’re in the moving river. Living Water,
how long will you make clay pitchers
that have to be broken to enter you?
The torrent knows it can’t stay on the mountain.
Leave and don’t look away from the Sun as you go.
Through him you are sometimes crescent, sometimes full.
Rumi
Thanks to Coleman Barks for the translation and to Kate Wickens for finding it

According to esoteric astrology, the Sun and the Moon - the luminaries of literate conventional astrology - are veils that shield fragile human consciousness from the full impact of the sacred planets: Vulcan, Neptune and Uranus.

Vulcan rules the etheric world, Neptune rules the astral world and Uranus rules the mental world. The veils protect the lower hierarchies from the full radiance of the representatives of the body, soul and mind of the Solar Logos.

Whilst the Moon is the veil for Vulcan, both the Moon and Sun are veils for Neptune and Uranus. These planets need to use both luminaries because they each have two different aspects that require veiling.

The third aspects of both planets are expressed unveiled on the Cosmic Astral plane, where they each rule one of  the five Kumaras, or liberated hierarchies.

People who are born with the Ascendant or Sun in Cancer or Virgo,  the esoteric ruler of which is the Moon (veiling Neptune in its first aspect), are concerned with building, nurturing, protecting and restoring form in order to create a dwelling place for higher energy.

We all readily understand the procreative function that the Moon governs: this creates new vehicles for mental and astral energy, but there are other functions to consider, including the reconditioning and rebuilding of existing forms to improve their receptivity. We understand that in part too: work on self builds by slow, slow stages the causal body, our lodging in the mind of God.

But it is not only fellow human beings that need their ministration: both the animal kingdom and the land need healing and restoring so that they too can play host to higher energy.

As my friend Reshad says: Ours are the only hands that God has. As it is we who have harmed and exploited animals and polluted and desecrated the land, then it is we who must put it right. Nothing else can do it, unless it is water inundating the Earth cleansing it and readjusting the settings with which we have so wantonly interfered.

How long will that take? Who knows, because if there is no humanity there will be no one to keep time.

On the third plane (down) of our solar system exists a form of special significance to us: it is the human mould. Yogananda describes it as a matrix with 35 properties. This form on the Atmic plane gathers together the energies that make Man. It is reliant upon water, and projects itself onto the physical plane where it may be seen by those who are whole enough to ‘stop’ the higher vibration that otherwise we will pass through, as we can through a beam of light. The human mould likes rocky gullies anywhere in the world.

A client and friend, a Cancerian, who is now in her eighth decade and who has spent her adult life in service to native American healers, has recently seen the human mould. At the time of the encounter, she did not know what it was that she met in a ravine in the South West of England, but the overwhelming experience of knowing that everything is all right (for this is what people feel in the presence of this shining perfection), gave her one of the most profound experiences she has ever had.

The human mould is radiant and those that see it speak of having seen God, and in truth they have: they have seen the energy of the Solar Logos expressing itself through the form of Man. This is the origin of the belief that Man was made in the image God.

To be whole enough to see the human mould, means have repaired the rents created by lifestyle in our etheric vehicle, which is governed by the Moon veiling Vulcan. Wholeness is a physical / etheric matter and connected only indirectly to level of consciousness.

We may find and repair a slow leak in the roof, but whilst this action will  restore the roof’s water-tightness, it will not of itself treat the beams that have been affected by the leak They may be a very long time drying out and they may still develop rot even though the leak has been stopped.

Even though we may have curbed the habit or broken a pattern, we will still carry in our vehicles the damage done by negative attitudes and habits when they had us in their grip. Clearing this up and putting things straight is work for Cancer and Virgo and we have never had a greater need for this kind of work.

In recent decades, Western spirituality and psychology has focused upon the releasing of human consciousness from limiting and negative patterns, but there has not been much attention directed purposefully at the matter of repairing the damage done by them. But then in the past twenty-five years, most unwisely, spirituality has been trying to circumvent the personality and its vehicle. We live with the consequences of this in the form of unbalanced attitudes and energy.

This autumn on this web site, the DK Foundation will start it’s own programme for cleaning up and over-hauling the physical body, starting from the most basic level.