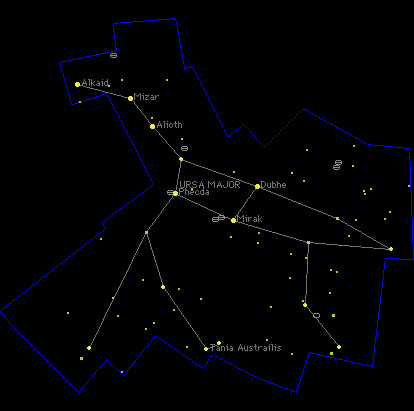 The mi-fa years are challenging. They represent the third year after the new order created by the doh years The doh years themselves are positive in nature; the year that follow (re) is negative. In the third year, consciousness balances positive and negative and takes stock.

At the ages given above, we are required to give a response to circumstances in our lives that we will find difficult. To an outside observer, there may be no obvious evidence that our circumstances are issuing such a challenge, because it is the case that at these times our consciousness will make what it requires from whatever is available. At these ages, we are if you like, predisposed to make things difficult for ourselves.

For parents of young children who have only a limited ability to explain what they are experiencing this can be confusing and worrying.

The outcome will depend upon the effectiveness of the response that we give to the challenge. And the response we give is the response we give. There are no second chances because most of us do not know how to make time go backward. Although we cannot know what another outcome would have produced, in retrospect we are usually able to take a view on whether we responded as well as we could.

It is never going to be a case of right or wrong: it is, rather, a matter of whether what it is that we have set up for ourselves is something with which we can engage productively. The quality of the response that we give will be determined to a considerable degree by the extent our  sense of responsibility for the unfolding of our own lives.

In many responses the mi-fa years represent a test of responsibility and faith in the process of living in which we are all engaged.

The fist mi-fa challenge occurs between 2-3 years, when the elemental, which has been supervising the building of physical vehicle, completes its work and leaves the child to get on with it.

As noted in the first article in this series, at this age a health crisis frequently occurs as the child decides whether to carry on with this incarnation or not. With or without an obvious physical crisis, a child at this age is likely to be weepy, insecure and disoriented.

The next mi-fa challenge comes between 9-10 years. It is more subtle in nature than the previous challenge and is often overshadowed by changes in the outer circumstances especially in respect of schooling at 11 years.  At 9-10 a child’s consciousness begins to open up to the realisation that one day, he will give an adult expression of who he or she is, with all that that means biologically and socially. His body is his for life; her gender is hers for life. This realisation challenges a child to go forward towards adulthood. Some rise to the challenge, some resist and remain insistently childlike An increasing number of girls appear to be commencing menstruation at this age and start showing signs of puberty. If there is unease about gender, it will often manifest at this age.

The next mi-fa challenge occurs at age 16-17 years and is more readily understood than previous challenges because it comes at a time when the pressure is on to make choices about further education and career. In many countries this is the age at which a child may legally leave school.

This interval occurs in the third octave of life, which it is itself, a mi-fa interval.

The challenge at his age is whether to become adult and, again, some will rise to it and others will resist. Irresponsible teenage behaviour will either settle down or become more volatile, depending upon the way the child reacts to the challenge.

In a way that becomes increasingly obvious as we get older, the mi-fa challenges from age 23 onwards involve situations that we have set up for ourselves by our own decisions (or lack of them).

At 23-24 a person becomes aware of the quality of the life that he or she is setting up for himself now that he is an adult. The realisation may provoke a determined effort to introduce change or it may simply produce a growing sense of dissatisfaction and purposelessness. The mid-twenties, however, are not usually associated with constructive action arising from consciously made a decisions. This usually comes later at the Saturn Return (28-29).

The challenge at 30-31 arises from the assessment of what was achieved at the Saturn return, as the focus of consciousness begins to shift off the material aspects of the lifestyle onto the qualitative. Again, as with previous challenges, this is rarely the time when adjustments are actually made: usually the awareness available is that something is missing, but not what it is or how to address it. This comes later at 35.

Both 23-24 and 30-31 are, therefore, years associated with a shift in the value system that has yet to find its way into outer expression.

The challenge at 37-38 is a response to the creative changes introduced at 35, at which age the sixth octave of life commences. The focus at this time is usually the material consequences of those changes. Financially, age 37-38 can be a difficult time. The effectiveness of the response given to these circumstances will determine the efficiency with which the new creative direction can continue to unfold.

The challenge at age 44-45 focuses on the quality of the creative output and invites adjustments and refinements.

Mi-fa challenges will occur again at:

Increasingly, the challenge becomes one of whether or not to continue with active, working life and then with life itself.

For a practicing astrologer, awareness of the octaves of life is of considerable value in the matter of giving people constructive guidance. Inappropriate expectations and attempts to act ‘out of time’ are major causes of disappointment and, eventually, a sense of defeat.

For example, at age 23-24 and again age 30-31, no matter how dissatisfied a person may feel with features of his or her lifestyle, the time is not yet right for significant outer change and is better used in keeping the existing structures in place, and to go within, in order to gain more understanding about what, precisely, change needs to involve.